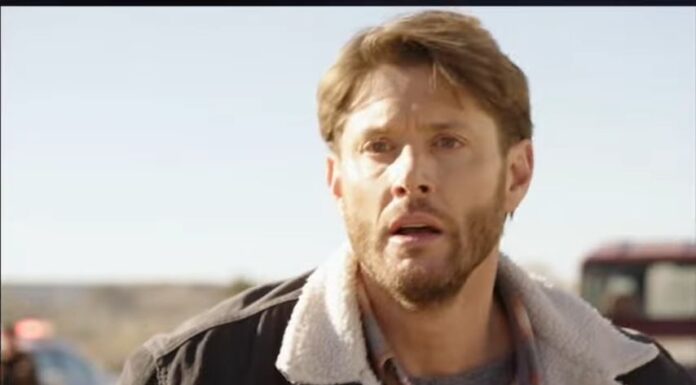 In the Big Sky Season 3 Episode 12 part 1 finale, Sunny Barnes (Reba McEntire) was assaulted by Paige (Madalyn Horcher). Buck (Rex Linn) was hurt as a result of Paige protecting herself. Jenny Hoyt stepped in before things went bad and told Paige to put the knife down before she lost it. She gave Jenny horrible information about the hearts in the jars, which Buck had kept, and information about Buck’s home. Paige added that she only just made it out alive. Additionally, we saw Deputy Moe Poopernak bring Deputy Beau a folder that contains all the data he had discovered on Winston Turner, the man attempting to kidnap Avery. Sunny was interrogated in the meantime but gave a denial that she knew anything about the Bleeding Heart Killer. Buck finally appeared, limping out of the woods, and Gabriel, whom Buck murdered. He steals Gabriel’s pickup and gun. Fans watched Emily kidnapped, and the hunt for her and Denise ended in a brutal fight where Beau knew Buck had Emily. The season finale is barely hours away. Are you curious to learn more about Big Sky season 3 episode 13?  Allow www.tvacute.com to supply you with all of the information you’ll need to watch the latest episode 13 of ‘Big Sky Season 3.

“That Old Feeling” is the title of the season finale episode 13 of Big Sky season 3.  The conclusion of Big Sky season 3 will air tonight, and there is no doubt in my mind that it will be an unforgettable event.  As Jenny, Beau, and Cassie fight to ensure that justice is carried out, they will have their hands full with the amount of work that needs to be done.  You might find a few surprises in the finale, and there’s always that possibility. it is also important to mention the agreement that Jensen Ackles signed to play the role of Beau just for one season. His future is still undetermined.  In “Big Sky” Season 3 finale Part 1, Avery (Henry Ian Cusick) negotiates with Tony (West Liang) to get his daughter back. Tony shoots Avery, starting a gunfight between the groups supporting both men. As the result, Donno (Ryan O’Nan) takes a few shoots for Tonya. It’s unclear If he still lives or whether he’ll be killed off in the Season 3 finale. This could result in the case that there is some kind of dramatic cliffhanger at the very end of the journey. As of the time this article was written, there has been no renewal for season 4, and it’s possible that we won’t truly know if it will be renewed for a few more months. We assume you have read the complete season 3 finale synopsis to learn more about the show and what lies ahead:

Big Sky Season 3 Episode 13 Synopsis: “That Old Feeling”: With Denise and Emily’s lives on the line, Jenny and Beau are determined to bring the Bleeding Heart Killer to justice, no matter what it takes. Meanwhile, Cassie uses her connections to pin down their possible location; and Sunny makes a fiery decision that will change her family forever, but will it all be enough to save the ones they love?

Big Sky Season 3 Episode 13 will release on January 18, 2023, at 10:01-11:00 p.m. EDT on ABC.  Subscribers to Hulu can watch the show the next day on-demand online or live to stream it on Hulu+Live TV. the show is available on Fubo TV, DirecTV, YouTube TV, and Xfinity, among other platforms. You can also buy or rent episodes on Vudu, iTunes, Amazon Prime Video, Google Play, and Microsoft Store.