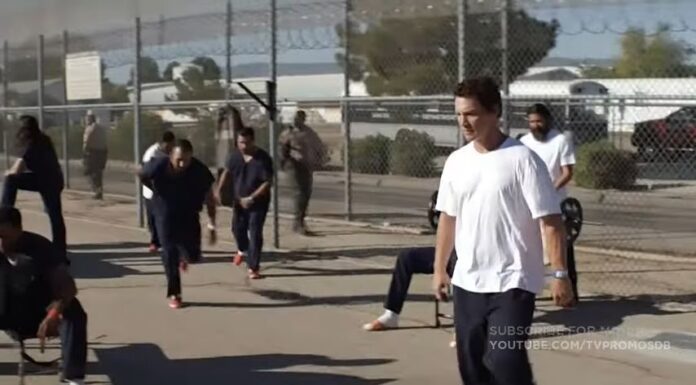 Animal Kingdom Season 6 Episode 10 will air on TNT on Sunday, Aug 7.  The last parts will reveal the Codys’ destiny as we now know it.  J, Craig, and Deran need to figure out what to do about it.

Animal Kingdom Season 6 Episode 9 was a pivotal episode that appeared to be the start of the end. The most important thing that happened in episode nine was when Pope admitted that he was the one who killed Catherine Belen. He made the confession only after being pressured by Det Thompson, yet it still counts as a confession. . Read the recap here. What will happen next? Watch ‘Animal Kingdom’ Season 5  episode 10 new promo at www.tvacute.com, So that you can prepare yourself for the upcoming new episode.

“Clink” is the title of Animal Kingdom season 6 episode 10. In a lot of ways, that phrase sums up the whole thing perfectly! There are going to be major turns in the not-too-distant future here, and the thing that is going to be at the forefront of this story is going to be Pope apparently being locked up. Animal Kingdom is coming to an end. Because there are just four episodes left in the entirety of the series, everything that occurs from this point forward will be significant.

The Cody Boys are going to give this upcoming episode their absolute best effort, that much is certain as we get ready for it. J, Deran, and Craig are all concerned about him on some level, and it’s only natural that they would also be concerned about themselves. They are all more vulnerable than they have ever been as a result of the Pope’s imprisonment, and they will attempt to find a solution to this situation. On the other hand, Pope does not appear to be safe even in jail, in the promo, a prisoner can be seen killing Pope. The following is the Promo and official synopsis of the tenth episode of the sixth season of Animal Kingdom, which should provide you with some additional information on what to anticipate:

‘Animal Kingdom’ Season 6 Episode 10 Synopsis:   Pope is self-destructive and J, Craig and Deran must figure out what they are going to do about him.

Animal Kingdom Season 6 Episode 10 will air on TNT on Sunday, Aug 7 at 9:00 p.m. ET. At 11:01 p.m. ET, there will be an encore presentation. If you need to catch up on prior episodes, Prime Video is currently broadcasting the first five seasons.