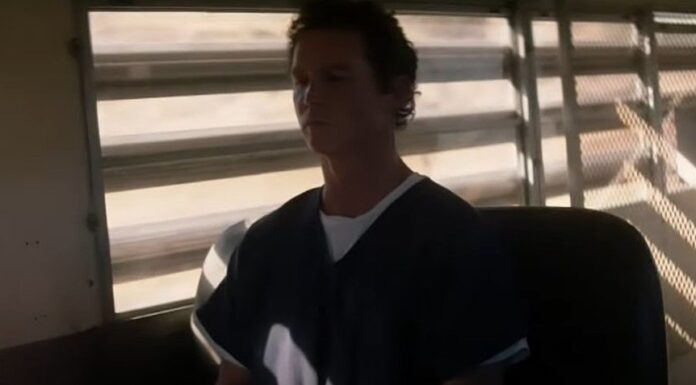 Animal Kingdom Season 6 Episode 13 will air on TNT on Sunday, Aug 28. In the sixth and final season of the action-packed crime thriller, the Cody family can’t escape their past. Andrew’s sin caused the family’s collapse.

During the twelfth episode of Season 6 of Animal Kingdom, any lingering questions about whether or not J intended to take advantage of his uncles and has been playing the long game the entire time were definitively answered. Julia has played a significant role throughout the entirety of the sixth season of Animal Kingdom, but in this episode, she appeared in J’s past and present. J visiting her mother’s grave just next to Smurf and Baz’s, which is frustrating. It showed where J’s brain is and why he’s bent on revenge. Craig asks her to marry Renn. Deran is traveling to Indonesia. Craig has always been one of Deran and Adrian’s biggest supporters. he would want Deran to find happiness and his other half. He gave him the motivation he probably needs to make amends with Adrian there. Pope tells the police about his heists and profession as a thief. He lies to get transferred to a better prison but is likely to escape during transport. Pope implants GPS in his knife wound. Pope is transferred. Read the recap here.  What will happen next? Watch ‘Animal Kingdom’ Season 5  episode 13 new promo at www.tvacute.com, So that you can prepare yourself for the upcoming new episode.

Who will die in the Animal Kingdom Series Finale?

Animal Kingdom season 6 episode 13 will be the series finale episode and we are not sure that we are prepared for it. this chapter is titled “Fubar.” In light of this, what sorts of things might go place throughout the duration of the final episode of the series? We are going to witness the family doing all in their power to bust Pope out of prison. But in the contrast,  J has definitively made his move, and from this point forward, nothing will ever be the same. J’s theft of everyone’s money does create a scenario. with J’s hidden agendas revealed in the 12th episode of Season 6 of Animal Kingdom and him leaving the others with only ten dollars to their names, it appears that the finale will include a Cody showdown.

According to the synopsis, The information pertaining to Andrew is the part of this that gives us cause for concern, in particular, because there is a possibility that it occurred in the past rather than in the present. there may be something life-changing just around the bend. this show is ending, then you can be sure that it will go out with a bang. It’s possible that none of the characters may make it out of this alive, which would be a startling conclusion. Overall this is going to be a major finale that will give us a memorable moment. Take a look at the summary and the promo for Animal Kingdom season 6 episode 13 that has been provided below to learn a few more specifics about what you can anticipate:

‘Animal Kingdom’ Season 6 Episode 13 Synopsis:  The Cody boys embark on their most dangerous job yet; Andrew commits the original sin that destroyed the family.

Animal Kingdom Season 6 Episode 13 will air on TNT on Sunday, Aug 28 at 9:00 p.m. ET. If you need to catch up on prior episodes, Prime Video is currently broadcasting the first five seasons.

TOMORROW. You will NOT want to miss this one. Series finale of #AnimalKingdom pic.twitter.com/fHIUcCoinu

Where can I Watch Animal Kingdom Season 6 Episode 13 Online?

If you have a cable subscription, you can watch series finale episodes of Animal Kingdom live on the TNT website or the Watch TNT app if you have a valid cable login. With an active subscription to YouTube TV, Sling TV, Hulu + Live TV, or DIRECTV STREAM, you may also watch the series live. A TNT live stream is available on all of the aforementioned streaming sites. For qualifying subscribers, YouTube TV offers a free trial. On the TNT app and website, episodes will be available for viewing the next day. Animal Kingdom’s first five seasons are presently available to watch for free on Amazon Prime Video. Season 6 episodes should be available for purchase at first, with the final season eventually becoming accessible for Prime Video customers to stream for free.