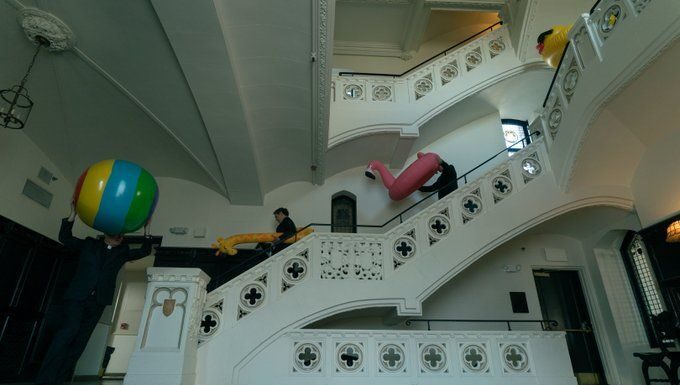 The eighth episode of Season 3 of Evil was the one of best episodes ever. David totally dedicated himself to his work with The Entity in this episode, while Ben (Aasif Mandvi) looked into demonic toys and Kristen battled with Lexis (Maddy Crocco), RSM Fertility, and her misplaced egg. Kristen learns that her missing egg was given to a couple that was trying to conceive at a different clinic after being transferred there. When the couple recognizes her, they agree to let her be a part of the child’s life. (Read the recap below link) Now fans have been eagerly anticipating the return of their favorite demon-fighting trio for a new episode. Therefore here (www.tvacute.com) we’ll discuss “Evil Season 3 Episode 9 Release Date and more details.”

Evil Season 3 Episode 8 Recap: “The Demon of Parenthood”: Lexis is in Danger

There are only two episodes left. “The Demon of Money” is the very last episode to air before the series’ conclusion is a strong indicator that it will play a significant role. there will be a broader storyline here with high stakes for some time to come, there will also be a standalone arc. The team is looking into the allegations that people who have invested in a stock tip have been being followed by a demon.  Do you want to find out more? Then, without further ado, let me direct your attention to the complete plot summary for Evil season 3 episode 9 that I’ve included down below:

Evil Season 3 Episode 9 will be streamed on August 7 on Paramount+Evil Season 3 will only feature 10 episodes, as opposed to the prior two seasons, which each had 13 episodes. The series is available for $4.99 per month via subscription. To receive the freebee subscription, though, you must pay $9.99 per month if you want to be ad-free.

Where Can You Watch Season 3 of Evil?

Is there a third Season of Evil on Netflix?

No, season 3 of ‘Evil’ is not available on Netflix. However, Netflix took up Season 1 in October 2020, boosting the show’s popularity dramatically. When Paramount+ took over the show from CBS in May 2021, they decided not to release Season 2 on Netflix, much to the dismay of the new viewers that Netflix had brought in.

Is Season 3 of Evil available on Amazon Prime?

Evil Season 3 is available to stream on Amazon Prime. if you don’t have a Paramount+ account and want to check out the show before committing to the $9.99/month subscription.

Is Season 3 of Evil on HBO Max?

While season 3 of ‘Evil’ is not available on HBO Max, you can still utilize your membership to watch ‘Bedlam’ and ‘Death Note’ and learn more about the spooky genre.

What is the best place to watch Evil Season 3 online?

What is the best way to watch Evil Season 3 for free?

For new customers, Paramount+ offers a 7-day free trial, which may be utilized to watch season 3 of ‘Evil.’ Alternatively, you may watch the episode for free for a week through Amazon Prime and FuboTV‘s Paramount+ services. For new users, DirecTV also offers a 5-day free trial. We strongly advise our readers not to stream the series by any illicit means. Paying the appropriate channels expresses your gratitude to those who have worked tirelessly to offer you your favorite shows.

And the rest of the Cast: Michael Emerson (The Practice) will also be returning as antagonist Leland Townsend Kurt Fuller as Dr. Boggs, Kirsten’s therapist. Wallace Shawn will be making an appearance in at least one of the episodes as well. Boris McGiver (The Servant) will return as Monsignor Korecki Patrick Brammall (Glitch) as Andy Bouchard.

Is there Evil Season 3 Episode 9

yet not, but you can watch Evil season 3 official trailer below.