Evil Season 3 Episode 8 Recap: “The Demon of Parenthood”: Lexis is in Danger 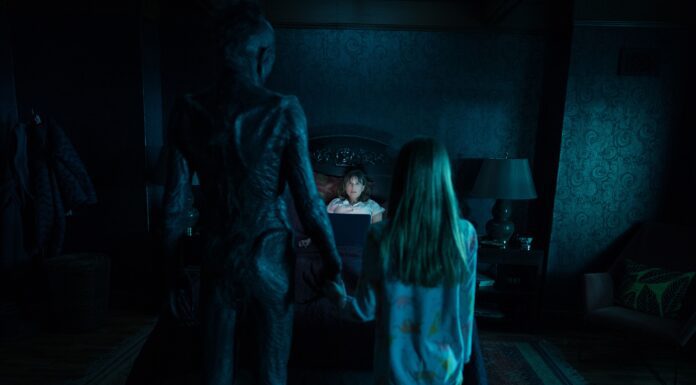 Evil Season 3 Episode 8 was a whole bag full of tricks. In this episode we saw David fully committed to his work with The Entity, Ben (Aasif Mandvi) investigated demonic toys and Kristen struggled with Lexis (Maddy Crocco), RSM Fertility, and her lost egg. After letting go of her remorse about killing LaRoux (Darren Pettie), she was just starting to restore her life when the RSM Fertility Clinic subplot returned, signaling that more than just Lexis was in danger. Kristen is having nightmares again after seeing from Victor in the previous episode that Lexis is involved in the same cases she, David, and Ben vowed to stop. She thought her mind was messing with her, and she wanted it to stop. She wanted to halt her mind’s manipulations. Now that he’s back with Lexis, she should heed their warning.

The episode “The Demon of Parenthood” opens with David accepting admissions and Victor as his first confessor. David is annoyed by it. But the Monsignor will come up to him to assess the situation. David has to count to the twelfth word said after someone says honkytonk since that is the phrase he needs to hear. David questions whether Victor’s request to phone a number with an absurd message is just a ruse. At the time the devil knocks on Kristen’s door, she is in bed. Quite a while, no saw. He is dancing with Lexis by his side. She wakes up and phones David. They must communicate.  She wants to know what is happening with Lexis and Victor. She also wants to know if David is pursuing her on purpose. She is unsure of whether she can continue to trust him. He commits to keeping her updated on everything going forward. It will take her some time to get used to that, though, as she feels pretty screwed over.

🗣Hey y’all I directed this episode of @evil on @paramountplus and it’s FULL of surprises check it out streaming now! 👹🐍 https://t.co/oQu6JdRCeT

To find out if there has been any update on her missing egg, she calls a pal. She was granted a summary judgment in their favor. They acknowledged there was a twelfth egg and a bookkeeping mistake. It was given to research, which might have included a couple. A vendor of toys is receiving returns. He receives different toys from the ones he sells. It matters that the twelfth word is. There is a Grace Ling (Li Jun Li) . Ben is now at home and waiting for them to switch with some toys.

A Jack in the Box automatically plays. Help me; I’m in hell, cries a magic ball before flashing a thumb. Ben opens the ball as he starts to feel a little uneasy. Yes, an appendage is present inside. Kristen is either dreaming once more or she is merely frightened in bed. She is moving oddly. She makes her way to the stairs after checking out the corridor. She notices a shadow and looks into it. On her counter, there is a demon infant in a carrier. To put an end to its crying, she offers it its binky and feeds it.

Yasmine is her friend’s name. Yes, the egg was given to a different infertility center. Another woman now carries it after it was conceived and implanted. Dr. Kurt Boggs (Kurt Fuller) is writing while listening to that stupid record. At the top, a new image has appeared. He is being pursued by a demon brandishing a hatchet. Dr. Leland wasn’t impressed by the fact that Kurt had pulled Sister Andrea’s hair from her drain. Kurt is extended an invitation by Dr. Leland because he wants to show him a real possession. Kristen is having a meeting with her egg’s parents. Their legal counsel is excellent. The couple appears to be very kind and appreciative, but the unfortunate guys are unaware that they are having a demon child.

The husband asks Kristen if they should be concerned about an egg from RSM Fertility after they decide that Kristen can participate in the life of the kid, a girl named Sarah. The infant’s heartbeat seemed like a growl as he listened to it. Ben and Kristen are talking when Kristen wonders if the empathy gene may have been removed by RMS Fertility. Another toy is possessed, and honkytonk is concerned. David quickly returns to his home and dials the number that received the foolish message. Kurt being possessed is what Dr. Leland wants. Kurt is overly impatient.

Victor simply states that the message was delivered, but David is confident that he has new information. Nobody says honkytonk, thus this might be the genuine message, according to David. Kristen stops by the nursery. They coexist peacefully. Wild dreams have been occurring to the mother. Kristen claimed that she, too, had similar dreams. Logan is destroying all of his flowers in the backyard. They are deadly, and the garden was a trap for the unwary. To meet her supervisor, Sheryl (Christine Lahti) took Lexis to work. Sheryl wants Lexis to know that the boss might not seem as she anticipates since she has biscuits. Lexis doesn’t respond in the least. She merely makes small talk. Sheryl appears relieved when Lexis reveals that the manager only has two eyes. 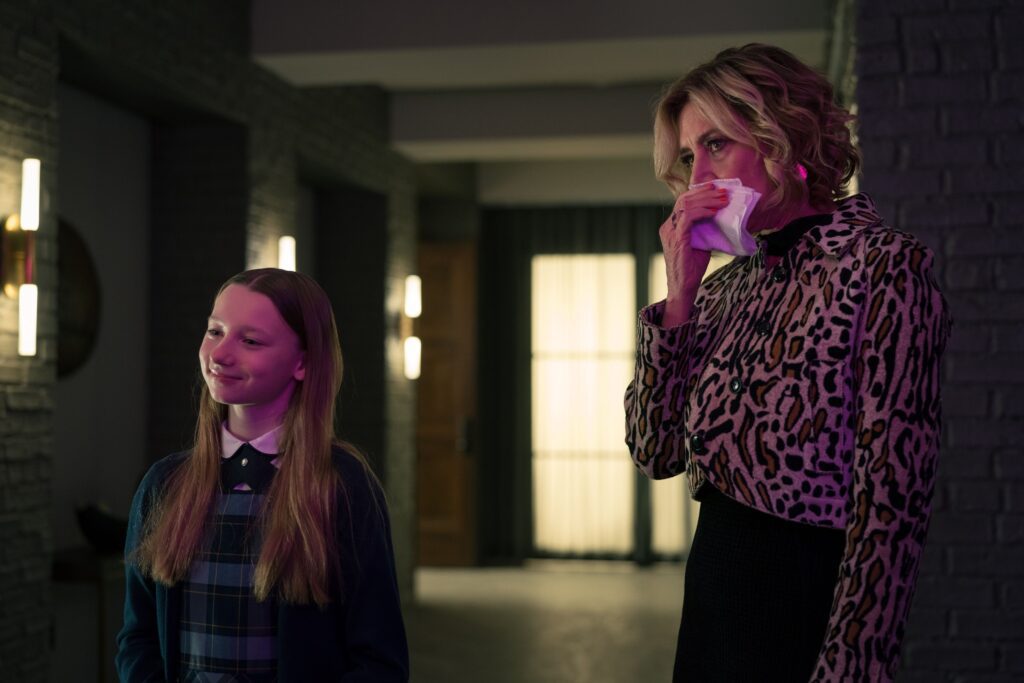 Sheryl informs that Lexis is the one not as Kurt reads his message tempting Satan to him. Leland is opposed. David approaches the tavern couple immediately and questions the husband regarding his message. He gives Victor a fresh message that he receives. Victor provides him with an address and claims to have compromised them. There is a virtual and in-person meetings regarding human subjects. David tells people sitting at the table what needs to be said. He retransmits his messages to a different man.

Kurt is shirtless and composing furiously on a new record that has just been released. He exclaims, “I have made fire!” while pounding his chest in a Tom Hanks manner. She is booed by the demons in the circus tent. Valerie is in trouble. David stops Kristen as she attempts to leave because she must go visit her. A conversation takes place. The main door is open when Kristen approaches the residence. The baby monitor is playing Mozart. Logan is descending the stairs with a small rake while being coated in blood. It had to be stopped because it was hurting her.   There’s Grace Ling. After being freed, she arrives to thank David.