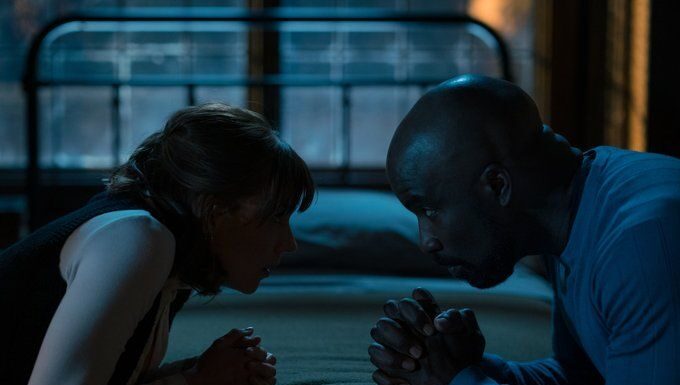 Robert and Michelle King are the creators of the American supernatural series Evil, which debuted on September 26, 2019. The series’ transfer from CBS to Paramount+ has been officially announced. On June 20, 2021, the second season made its debut. The show received a third season renewal in July 2021, and it debuted on June 12, 2022. Good News: A fourth season of the show has been ordered. let’s dive into; What happened in the Evil season finale.

The very varied situations that church examiners David, Ben, and Kristen handle are the center of “Evil’s” third season. The group, however, is forced to face their personal demons in the season finale. Kristen must confront the reality of her husband’s absence in the tenth and last episode, titled “The Demon of the End.” David is now dealing with his love for Kristen. In the end, Andy and David experience brief spiritual awakenings while Kristen discovers a truth that will change the way she lives. We are confident that viewers are having a hard time comprehending the episode’s happenings because there have been so many fascinating changes. In that case, here is all the information you require on the conclusion of “Evil” season 3 episode 10.

David, Kristen, Ben, and Grace begin the finale episode, titled “The Demon of the End,” by mourning the passing of Monsignor Matthew Korecki. Frank Ignatius, a friend of Korecki’s, assumes control of the father’s duties at the church upon his passing. In order to take the assessors’ attention away from the tragedy, Ignatius gets to work right once and gives them a fresh case. The group goes to Kristen’s new neighbor’s home to look into reports of demonic activity there. The group’s analysis, however, makes them think that Kristen’s chamber may contain the demons. In the last phase, Dr. Leland Townsend (Michael Emerson) and Sheryl Luria (Christine Lahti) push Andy’s part of the plan. When Kristen and her girl’s video contact Andy, they learn that he may have perished in an avalanche. Lexis and the girls, however, are persuaded that Townsend is influencing the events covertly. So Sheryl contacts Townsend and tells him to stop their murderous plot against Andy. As she begins to worry for Andy’s security, Kristen prays to God.

In the meantime, David’s sex demon prods him to approach Kristen. David, though, resists the urge. Andy eventually makes it back home, but his recollection is clouded. Kristen and the girls are glad to see Dad return, though. After Andy returns, Kristen and David have a discussion about whether or not she still believes in God. In order to determine whether there are any devils in Kristen’s home, David enlists Sister Andrea’s assistance.

While some of the demons flee to another area of the home, Sister Andrea kills a number of them. Lynn consults Sister Andrea for assistance as she mulls becoming a nun. Kristen’s search for the unfertilized egg she believes is gone from the RSM Fertility Clinic ultimately takes a new direction. The third season’s eighth episode reveals to viewers that Valerie received Kristen’s egg from RSM Fertility Clinic. However, it is revealed at the episode’s climax that Valerie’s husband murdered the baby because it was possessed by a demon. Despite being shaken by the event, Kristen manages to move on. But in the epilogue, Kristen finds out from her attorney that the fetus’ autopsy indicated the egg was not Kristen’s.

As a consequence, Kristen goes in quest of her lost egg and ends herself at DF, the business that Sheryl is employed for. The conclusion of the episode comes when Kristen uncovers the truth regarding her egg. A party is being planned by the staff as Kristen awaits in Sheryl’s office. Kristen soon discovers that the party is being held for a pregnant woman. In a further disturbing development, it is revealed that the woman is Townsend’s wife. Therefore, it is clear that Kristen became pregnant as a result of Townsend’s sperm fertilizing her egg. We’ll have to wait and discover if Townsend is teasing Kristen or if Kristen’s egg was indeed utilized to conceive the unidentified woman. The shocking discovery, however, is probably going to ruin mental health.

What Implication Does Andy’s Vision Have?

The climax of the episode features an unexpected turn in Andy’s story. In the finale, Andy returns home after spending the majority of the season on the sidelines. He does, however, seem a little different now. The episode’s conclusion makes a suggestion about the causes of these modifications. Andy is at home while Kristen hunts for her egg. He is directed to the part of his house that is still being built by a voice. Andy sees a gang of demons encircling a baby demon there.

Additionally present, Dr. Kurt Boggs (Kurt Fuller ) makes a suggestion that Townsend is influencing the situation. The infant looks similar to the one Kristen saw in the seventh episode. Additionally, the scenes showing Andy finding the demon infant are set alongside Kristen finding out that Townsend used her egg. As a result, it is almost certain that Andy seeing the demons was Townsend’s idea. But it’s still unclear how Andy fits into Townsend’s grand scheme. However, it is clear that when Townsend’s plot begins to devastate the planet, the Bouchard family will be caught in the center of the storm. The demon infant might be crucial to Townsend’s strategy and could foretell an impending cataclysm.

What Do You Think David’s Vision Means?

In the final seconds of the show, David has a profound experience as Kristen and Andy battle with their nasty twists. After Sister Andrea counsels David to put himself first and stay away from the monster, David successfully resists the seduction of the sex demon. Given his encounters with the Vatican’s Secret Service and Andy’s reappearance, David is ultimately more torn about his religion than ever before. David, though, is in for another surprise. David sees an angel in the waning seconds. David receives a warning from the angel about a disastrous occurrence that will happen soon.

David is probably being warned by the angel about Townsend’s scheme. It is established that the angel is the Angel of the Beginning. It follows that The Demon of the End could be the baby demon that viewers see in Andy’s house. The confrontation between the forces of good and evil is thus set up for the next episode in the season 3 finale. But before David can participate in the forthcoming battle, he must first reconcile his own faith. The true nature of the angel’s warning may potentially provide information that may help David battle the forces of evil.