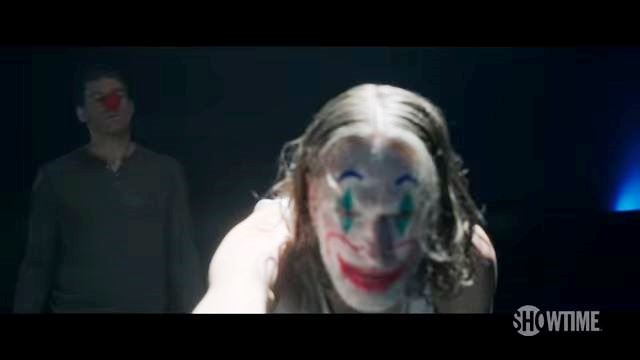 Dexter: New Blood Season 1 Episode 8 has to be one of the most streamlined episodes so far in an already fantastic season. It was focused, well-paced, and thrilling till the end. There isn’t any more time to waste. The truth has been revealed. Everything is about to come to a head. Let’s take a look at it below to find out the full recap of episode 8. Considering everything we (www.tvacute.com) know about the series so far, For the next episode 9. So we’ve put together this handy guide that answers every question you might have about how to watch Dexter: New Blood, whether it’s available for streaming, and more. You can find exclusive photos, promos for Dexter: New Blood Episode 9 titled “The Family Business”, as well as a summary here.

It’s been an enjoyable ride, but Dexter: New Blood fans are nearing the end of the series. The show premiered in November and followed Dexter Morgan as he constructed a new life as Jim Lindsay in Upstate New York, eight years after faking his death and escaping Miami. The hunt for fellow serial murderer Kurt Caldwell and Angela Bishop’s probe into Dexter will presumably continue in the penultimate episode.

The following episode’s trailer also teases what’s to come. Dexter: New Blood’s penultimate episode, which shows Dexter passing on his code from father to son. Fans of the first series are familiar with the code that Dexter’s father Harry taught him when he was Harrison’s age in order to enable his Dark Passenger and service his urge to kill. In the trailer, Dexter hunts down a killer dressed as a clown, while Caldwell pays a visit to Dexter and Angela as they celebrate Christmas with their children. Below is the complete trailer for Dexter: New Blood episode 9, “The Family Business,” which may be seen in its entirety:

the trailer depicts Angela drawing parallels between Dexter’s killing methods and those of the Bay Harbor Butcher. It’s only a matter of time before she connects the dots between Dexter injecting ketamine into his victims and one of the drug dealers’ bodies. Dexter’s battle with Kurt is far from over, and now that Harrison is involved and a target, the gloves are coming off. It will be interesting to see how Angela fits into Dexter’s eventual demise. The stakes are higher than ever in the last episode of Dexter: New Blood. Now that Harrison knows the code, we’ll soon find out what he’ll do with it.

Dexter: New Blood 109 Synopsis: Dexter and Harrison find themselves closer than ever over Christmas break. What kind of gifts will this father and son give to one another? But this brings this father and son into the crosshairs of a very violent and scary serial killer. Angela starts to wonder if Iron Lake is not the cozy and safe place she always thought it was.

Dexter: New Blood Season 1 Episode 9 will release on Showtime on January 2, 2022, at 9 p.m. ET/PT. (USA) Following the launch, new episodes will air weekly. Dexter: New Blood may be seen on Showtime.  Then, a day later, on Monday, January 3, at 22:00 GMT, British fans can watch on Sky Atlantic.

How Can I Watch Dexter: New Blood Episode 9 Online?

Elric Kane is driving his truck while Dexter is unconscious in the back. Dexter imagines Harrison killing the Moose Creek wrestlers. Dexter awoke. Kurt checks in with Elric. A fish and game guy, Elric asks about Harrison. Kurt says he’s OK. Dexter pulls Elric from behind and shoves his zip tie “handcuffs” into his mouth. So the truck crashes a telephone pole. Dexter is ejected. Dexter rips his wrist zip tie and slashes his ankle zip tie. Elric exits the truck armed. Dexter enters the woods. He hits Dexter in the leg. Elric chases Dexter. Harrison walks into town and finds Audrey and Zach buying a tree. Kurt contacts Harrison to see whether he’s there. Harrison tells Kurt about Dexter. Kurt says he’ll pick up Harrison. Elric pursues Dexter through the woods. Angela keeps researching Dexter at the station. She is told to go home as it is Christmas Eve. Logan tells Angela he drank cocktails with Jim the other night, and Jim is concerned. Logan says “Jim” beat up the dealer. Angela has no idea what Logan means.

Logan says Jim beat up Miles, the heroin dealer who killed Harrison. He pursues Dexter into the woods. Deb appears to Dexter to save Harrison. Angela appears at Miles’ Crystal Bar. He tries to flee, but she stops him in the WC. Not wanting to bust or arrest him, she asks about his experience with Jim Lindsay. Jim begged Miles for a “favour,” Miles escorted him outside, and Jim just started hitting him. Miles also shows her a needle puncture wound on his neck, where he alleges Jim stabbed him before the cops arrived. Angela snaps a pic of his puncture. Descends a tree. Elric repeatedly shoots Dexter. Kurt takes Harrison to school with his old keys.Dexter reaches a brook and tries to alter direction to avoid Elric. Their eyes fall on the trophy case. Matt’s photo and trophies Harrison asks about Matt. Kurt says they haven’t talked much. Elric arrives at the brook, but Dexter has changed his mind. To the batting cages with Kurt! Harrison feeds the pitching machine, Kurt hits well. Dexter follows the abandoned summer camp signs. Harrison takes the mound. Kurt corrects him after a few misses. Harrison improves and starts hitting. Harrison is hit in the ribcage by Kurt’s curveball. Harrison is OK and requests another.

Kurt keeps striking Harrison in the ribs. Harrison recalls his father’s incomprehension, the podcast about his mother’s death, the wrestling match, etc. Kurt halts He invites Harrison for venison and whiskey. Harrison checks his bruising. Elric follows the splatter. Kurt takes Harrison to his place. Dexter leaves Elric a blood trail. Dexter enters with a butcher’s knife. Angela returns. She asks Logan about the narcotics bust. He tells her about Miles’ supplier, Jasper Hodge. He called the state police, but Jasper had overdosed by the time they arrived. Logan informs Angela that Miles gave up Jasper immediately when he brought Miles and Jim into the station. Jasper died in 10 hours and Miles in 24. So how long was Jim detained? Logan says an hour. Nightfall. Elric follows the blood to the camp. Missing Knife he notices Elric examines the dark rooms. Elric is surprised by his own reflection. Dexter shatters the mirror and slashes Elric’s throat. Dexter inquires about Harrison. En route to the cabin, Elric tells Dexter that Kurt has Harrison there. Dexter stabs Elric.

Dexter covers Elric with a sheet and his cap and coat. Kurt texts him inquiring where he is. In response to Elric’s call, Dexter says he is on his way. Angela sees Jasper’s body at the coroner’s. She learns that fentanyl overdoses are prevalent and Jasper had ketamine in his system. Angela examines Jasper’s neck and finds a hole. She snaps. Dexter races Elric’s truck to Kurt’s cottage. Kurt delivers Harrison scotch in the cabin. Kurt tells Harrison to stop. Dexter keeps driving. He texts Harrison to avoid Kurt. Harrison gets a text. He rises to collect firewood. Kurt stops by to check on Harrison and offer him a ride home if he needs it. So Kurt goes back inside, Harrison assures him. Harrison ignores his father’s SMS and turns off his phone. Kurt and Harrison eat venison. Kurt tells Harrison about his high school crush rejecting him. When he asks about Audrey, Harrison says she changed after the wrestling match.

Harrison asks Kurt about his jail time. Kurt recalls his father’s 25-year-old murder. Kurt asks Harrison about the truck stop confrontation with Dexter. Harrison says he was merely displeased with his father. Harrison came to Iron Lake seeking answers and connection, but his father doesn’t get him. Kurt tells Harrison he will never leave his son. Kurt checks his watch and gets up to “do something.” When Harrison exits aeroplane mode, he notices his father’s missed calls. Dexter must keep driving. Kurt appears in full hunting gear. His gun cocks. Harrison ponders. Kurt apologises and dismisses Harrison. Harrison implores. To run, Kurt says. Elric’s truck honks. Kurt fires a laser at Harrison and tells Elric to get Dexter out. Dexter slams into Kurt. Kurt kills Dexter. Harrison halts and reverses. Dexter runs into Kurt and knocks him down. The gun is gone. Kurt flees. Dexter and Harrison embrace. Kurt vanishes into the night. Dexter drives Harrison away in his pickup. Angela researches Miles and Jasper at home. She searches ketamine in Miami Metro homicide and finds the Bay Harbor Butcher. Harrison questions his father. Dexter reminds him he should never feel alone with his bad ideas. For Dexter, he was born in blood, has violent urges, and his father taught him how to harness them. Harrison embraces Dexter.