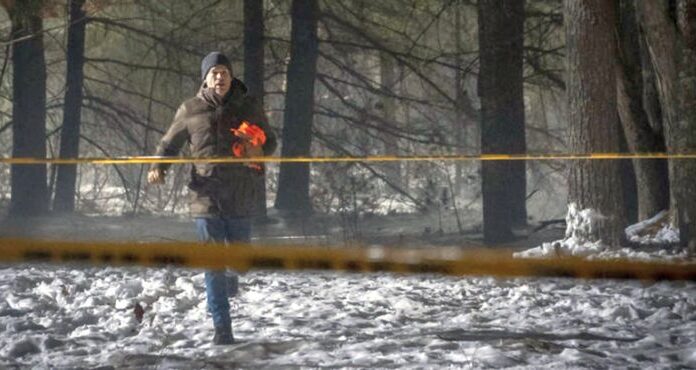 In the first episode of Dexter: New Blood, the titular serial killer is gone after meeting a careless few murders of his own. Though it had been ten years since Dexter’s previous murder. Debra’s recollections, on the other hand, continue to haunt him after all these years. He hadn’t forgotten about her and was still grieving over his sister’s death. Unfortunately, Dexter’s routine is disrupted when someone from his past tries to track him down. Dexter’s son, Harrison, whom he had abandoned years before, had tracked him down. with this, Dexter opened the door to yet another thrilling chapter in his life.

Considering everything we (www.tvacute.com) know about the series so far, it looks like it’s going to be one hell of a ride. So we’ve put together this handy guide that answers every question you might have about how to watch Dexter: New Blood, whether it’s available for streaming, and more.

Dexter Episode 903 Synopsis:  Dexter hopes to have a chance to make things right with Harrison, which is proving to be tough to do when there’s a full-fledged crime investigation that Dexter himself has caused. Harrison joins the high school wrestling team and quickly makes a name for himself at school. Meanwhile, a true-crime podcaster from LA arrives in Iron Lake and befriends Dexter’s police chief girlfriend.

In Dexter Season 9 Episode 3 titled “Smoke Signals,” Harrison enrolls in the local Iron Lake high school in the upcoming episode of the Dexter revival. He rapidly establishes himself on the wrestling team, presenting issues for Dexter, who is still attempting to lead the investigation into Matt’s disappearance while still wanting to be there for his kid. but his grades astound the principal. You’ll also get to see Dexter return in the game if you missed him working at a crime scene .

Dexter Morgan (Michael C. Hall) is seen visiting a crime scene in new Dexter pictures. In the photographs, Dexter and Kurt Caldwell (the new villain, played by Clancy Brown) are shown observing a crime scene that is encircled by caution tape. The photographs show a crime uprooting the small village of Iron Lake. The photographs from “Smoke Signals” show Brown, Chung, who portrays a true-crime podcaster, and Jones, who plays the police chief and Dexter’s new love interest. Given Harrison’s reappearance to Dexter’s life a decade later, some speculate Dexter’s son may have followed in his father’s ways. The new New Blood photos show Dexter and Harrison building trust with the residents of Iron Lake. But it’s unclear how Dexter relates to the case. We may expect to witness the new chapter in the titular serial killer’s life very soon. See the photos below:

Michael C. Hall will reprise his role as Dexter Morgan, who now goes by the name Jim Lindsay, in the debut episode of ‘Dexter: New Blood.’ Clancy Brown, David Magidoff, Julia Jones, Alano Miller, Johnny Sequoyah, Jack Alcott, and Jennifer Carpenter, who will reprise her role as Dexter’s sister Debra Morgan, round out the cast for the revived miniseries. Debra died in the Season 8 finale, and she will reappear in Dexter: New Blood as a figment of Dexter’s imagination. Jamie Chung, Oscar Wahlberg, Michael Cyril Creighton, and Katy Sullivan are among the series’ recurring cast members. Arthur Mitchell, the Trinity Killer, will be played by John Lithgow in a cameo appearance.

Dexter: New Blood Season 9 Episode 3 will release on Showtime on November 21 at 9 p.m. ET/PT. (USA) Following the launch, new episodes will air weekly. Dexter: New Blood may be seen on Showtime.  Then, a day later, on Monday, November 22, at 22:00 GMT, British fans can watch on Sky Atlantic.

How Can I Watch Dexter: New Blood Episode 3 Online?

Dexter: New Blood will consist of ten episodes, one of which will air each week. Only the first eight episodes’ names have been announced so far. Dexter: New Blood will conclude on January 9, 2022, with the last episode. Fans should expect around three months of death, darkness, and mystery in the coming months. Here are the air dates for each of them:

Dexter was back to his old games in Dexter: New Blood, getting away with murder. His efforts were challenged this time by the presence and assimilation of his son Harrison Morgan (Jack Alcott) into the Iron Lake community. Dexter recently took his son to his wooded cabin. He attempted to act as a parent, but he struggled to find the appropriate words. Harrison disclosed that his mother, Hannah McKay, died of pancreatic cancer three years ago. He had been bouncing around from one foster family to the next when she died. Dexter also attempted to hide his tracks after killing Matt Caldwell, his first victim in ten years. Caldwell was tracked down by Angela and the police department in the protected Native American plantation woodlands near Iron Lake. Angela arrived with her troops and asked Dexter to escort them to his cabin as a base of operations.

Meanwhile, Angela was taken aback when Harrison revealed that Dexter was his biological father. Harrison also met Angela’s daughter, with whom he attempted to become acquainted. Dexter also cooked up a tale about Caldwell shooting an endangered animal and leaving to avoid the legalities in order to sabotage the investigation. Caldwell’s father, Kurt, intervened just as the probe was about to come to an end, requesting that the hunt for his son be continued. In the meantime, the homeless hitchhiker was confined to a room. She realizedGet Ready For Tonight! Dexter Season 9 Episode 3 that someone was observing her through a camera when she was drinking late at night. She also discovered a bloody inscription near the camera .