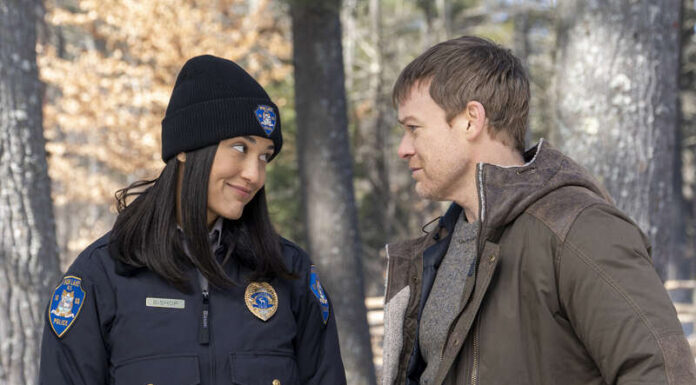 In the first episode of Dexter: New Blood, the titular serial killer gone after meeting a careless few murders of his own. Though it had been ten years since Dexter’s previous murder. Debra’s recollections, on the other hand, continue to haunt him after all these years. He hadn’t forgotten about her and was still grieving over his sister’s death. Unfortunately, Dexter’s routine is disrupted when someone from his past tries to track him down. Dexter’s son, Harrison, whom he had abandoned years before, had tracked him down. with this, Dexter opened the door to yet another thrilling chapter in his life.

Considering everything we (www.tvacute.com) know about the series so far, it looks like it’s going to be one hell of a ride. So we’ve put together this handy guide that answers every question you might have about how to watch Dexter: New Blood, whether it’s available for streaming, and more.

Dexter Episode 902 Synopsis: When a simple missing person case turns into a crime scene, Dexter’s cabin becomes home base for the search and rescue. Terrible timing for Dexter, who is trying to reunite with his long-lost son, Harrison. As Angela and Harrison become acquainted, Dexter struggles to keep his old and new worlds separate.

In Dexter Season 9 Episode 2, Dexter’s dark background will haunt him The second episode, titled “Storm Of F**k,” features a summary and a short promo..Tonight, Dexter will take his son to his cabin. Debra, his Dark Passenger, continuously reminds him that he is a serial killer. Angela, Dexter’s girlfriend, will bring her coworkers to his cabin. She’ll ask him to host a man who went missing in the woods the night before. Denise knows Dexter has a son. So she’ll be astonished when she meets Harrison next.

Showtime has published new pictures from Dexter: New Blood, featuring episode 2. The photos show Dexter alone in the woods, then Dexter and Harrison standing behind Sergeant Logan (Alano Miller), implying a crime has occurred. See the photos below: A decade later, Harrison’s reappearance has led to rumours that Dexter’s kid may be a serial murderer like his father. In New Blood, Dexter and Harrison appear to be friendly with the Iron Lake cops. But it’s still unclear if they were involved in the alleged crime. To find out why Dexter and Harrison are in the woods, fans will have to wait.

Michael C. Hall will reprise his role as Dexter Morgan, who now goes by the name Jim Lindsay, in the debut episode of ‘Dexter: New Blood.’ Clancy Brown, David Magidoff, Julia Jones, Alano Miller, Johnny Sequoyah, Jack Alcott, and Jennifer Carpenter, who will reprise her role as Dexter’s sister Debra Morgan, round out the cast for the revived miniseries. Debra died in the Season 8 finale, and she will reappear in Dexter: New Blood as a figment of Dexter’s imagination. Jamie Chung, Oscar Wahlberg, Michael Cyril Creighton, and Katy Sullivan are among the series’ recurring cast members. Arthur Mitchell, the Trinity Killer, will be played by John Lithgow in a cameo appearance.

Dexter: New Blood Season 9 Episode 2 will release on Showtime on November 14 at 9 p.m. ET/PT. (USA) Following the launch, new episodes will air weekly. Dexter: New Blood may be seen on Showtime.  Then, a day later, on Monday, November 15, at 22:00 GMT, British fans can watch on Sky Atlantic.

How Can I Watch Dexter: New Blood Episode 2 Online?

Dexter: New Blood will consist of ten episodes, one of which will air each week. Only the first eightth episodes’ names have been announced so far. Dexter: New Blood will conclude on January 9, 2022, with the last episode. Fans should expect around three months of death, darkness, and mystery in the coming months. Here are the air dates for each of them:

Dexter, referred to as Jim by the residents of Iron Lake, works at a local fish and game store and is dating Angela Bishop, the Iron Lake police chief. He’s popular in town, beguiling the local preacher and getting hammy with the local adolescent girls. Plus, his work selling guns and other weapons looks to keep him happy, at least until a man named Matt walks in to buy a knife and a huge gun” and upsets Dexter’s peaceful existence. Matt, who is wealthy and spoilt, believes that the law does not apply to him and refuses to comply with the government-imposed waiting period required to purchase a lethal weapon. Matt’s background check did raise a few of red flags. He was involved in a boat accident that killed five people, and his record is a little shaky. Dexter appears triggered, and we see him battle to maintain his new normal on a daily basis. Debra, his deceased sister, encourages him, “Stick to your schedule.”

Dexter is tasked with delivering the weapon when Matt’s background check is finally cleared, which he reluctantly accomplishes. When Matt’s friend Bill arrives, he explains with the loosest (and possibly drunkest?) of lips that he covered for Matt during the post-accident trial so that his friend could walk free. That night, Matt was not only steering the boat, but also playing. Matt purposefully rammed into the other boat when it gave. Bill now receives $2000 every week from Matt’s father in exchange for taking the fall, but the scars on Bill’s face serve as a continuous reminder that his friend was unworthy of the favour. When Dexter finally places the firearm in Matt’s hands, he fantasises about using the butt of the revolver to knock him out. An intruder breaks into his house later that evening. It’s Dexter’s son, Harrison. Dex is compelled to hug the boy, but Deb intervenes. “You’re not going to be able to do it.” She says, “Everyone close to you will die!” He tells Harrison that he’s probably wrong, but the boy doesn’t believe him.   Dexter gives Harrison bus money and sends him on his way in a frenzy, a decision he clearly regrets. Dexter comes face to face with a gorgeous white buck the next day in the woods near his home till BANG! Matt kills it with a single shot, discharging his rifle perilously close to Dexter. Matt runs over to congratulate himself on his shot, but this time it isn’t a delusion. Dexter smacks Matt across the face.

Fortunately for him, the former serial killer has a large supply of tarps and heavy-duty plastic. Matt wakes up nude and chained on a table in a newly constructed kill room. Between two panes of glass, Dexter slashes Matt’s cheek and saves a blood sample. Dexter appears struck by Matt’s relatable issues as the man-child blubbers on about his dead mother and horrible childhood. But suddenly Matt goes into a passion, claiming that his well-to-do father will track him out and destroy him. So Dexter silences him by stabbing him in the chest with a huge hunting knife. He savours the fresh kill as a wave of relief sweeps over him. He quickly grabs a reciprocating saw and begins to work. He then finds Harrison at the bus stop, introduces himself as his father, and welcomes him home. As the episode draws to a close, the two enter his cabin, and Dexter’s inner voice says the closing words: “My father guarded, educated, and kept me alive. That is just what I intend to do for my son.” But there’s one more minor aspect to consider: A slow, delicate camera pan exposes a trail of blood close to the house, implying that the once-careful serial murderer has lost his touch.