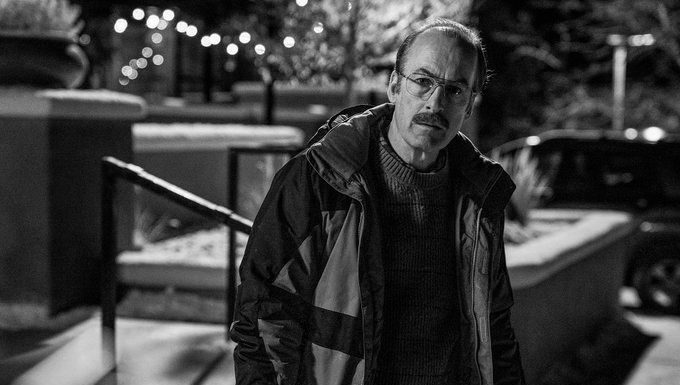 And after making his first trip back to Gene and the post-Breaking Bad 2010 timeline in this season’s black-and-white episode “Nippy,” in Better Call Saul Season 6 Episode 10, Saul will once again jump around in time by traveling to Albuquerque during the year 2008 in an upcoming episode of the show. Peter Gould, co-creator of the series and showrunner, made the official announcement at PaleyFest in April that Bryan Cranston and Aaron Paul would return to their Breaking Bad roles.  www.tvacute.com has brought more information about the Better Call Saul season 6 episode 11 for you which you can check below.

Better Call Saul Season 6 Episode 12 [Penultimate Episode] Waterworks: Why is there a police car there?

Meanwhile, we saw that Jimmy McGill has already shed his past identity as Saul Goodman and is now known as Gene Takovic. Better Call Saul season 6 episode 11 titled “Breaking Bad,” was produced and directed by Thomas Schnauz. Given the episode’s symbolic title, it’s possible that certain well-known characters from the first season of Breaking Bad will make an appearance. Before Bryan Cranston and Aaron Paul reprise their roles as Walter White and Jesse Pinkman, respectively, fans are already counting down the days.

It's like Peter and I are Hobbits in the new #BreakingBad/LOTR crossover. https://t.co/4GWhyo6JqZ

A new teaser for “Better Call Saul” season six episode 11 has emotional sounds
The Better Call Saul previews for the next episodes are pretty understated. Similar black and white video of a crossroads and voices from Gene, Jimmy, and Saul appear in the episode 11 teaser. The title character of the program says, “I understand.” “You go on, alright? Believe me, please. You’ll soon forget about it altogether. Go.” It seems that Saul might be talking to Jesse in episode 11, but what is he talking to him about? Fans also want to know who Jimmy, Saul, or Gene is speaking to.