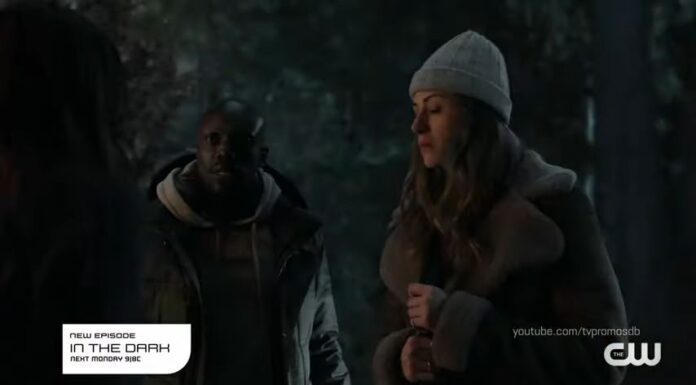 On an exciting note, Morgan Krantz directed his first episode of the series for In The Dark Season 4 Episode 7. it’s always fun when actors direct their own work. We were forced to spend the majority of the episode listening to Great Value Darnell whine and moan after Gene and Sarah’s parents forced Murphy and him to cooperate. Read the recap below. Will we see Murphy’s situation get even more precarious as we progress farther into the eighth episode of the fourth season of In the Dark? you can take a glimpse of In the Dark Season 4 Episode 8 synopsis, and promo with www.tvacute.com below, which will enable you to understand the episode better.

In the Dark Season 4 Episode 8 Spoilers

In the Dark Season 4 Episode 8 which is titled ‘Tequila Mockingbird.’ Every time Murphy believes that she is beginning to make progress, another obstacle appears in front of her. To make it even more difficult, Josh is making headway in his campaign against her. Things are obviously going to become a lot worse before things start getting better, and there isn’t a lot of time left! It is important to keep in mind we will have already passed the halfway point of the series’s final season.  Check out the complete In the Dark season 4 episode 8 synopsis below for more information on what to expect right now:

In the Dark Season 4 Episode, 8 will release on Aug 1, 2022, at 9 p.m. EST on The CW. the series is still not going anywhere anytime soon.  You can also watch it on the CW app and Amazon Prime. In addition, CW is also available on devices like Amazon Fire TV, Roku, Vizio Smart TV, Chromecast, Android TV, Apple TV, and Xbox One.

In the Dark Season 4 Episode 7 Recap

Even though Darnell and Murphy are at odds, Gene and Sarah manage to bring them together. They are not pleased with it. They learn about Paula from Murphy. When Leslie awakens, she ejects Max and Felix. Josh is still fixated on locking Murphy up, and Gene assigns him a new case before telling him that Murphy is a CI. Max and Felix are aware that Murphy is acting strangely. Max and Felix are attempting to locate Murphy and determine whether she is in danger. To learn more about Paula, Murphy visits the prison and speaks with someone there. She and Darnell are still arguing. While Darnell tries to speak with Reggie, Murphy follows up with Trevor on a lead. Darnell, though, destroys everything just as Murphy and Trevor are heading somewhere. In an effort to locate Murphy, Felix and Max attempt to obtain drugs through the task location. Felix and Max discover they are short on cash, gas, and options for travel or phone calls. Max advises getting in touch with Felix’s grandmother.

They visit grandma of Felix. Everybody receives a room. Grandma Felix offers Max an employment connection. She insults Felix as well. Max and Felix had a heart-to-heart during which Max expresses his desire to accept the job that his grandma has offered him, begin a new life, let Murphy go, and become a better person. Trevor challenges Murphy and Darnell. They attempt to reason with him. Trevor is killed as Darnell violently pushes him off the cliff. They consent to keep their silence about it. After leaving Felix at Leslie’s, Max returns to the granny’s house to begin his new life. Josh extends an arm to Chelsea as he looks into her eyes. Calling Max, Joy enquires about Murphy. He feels compelled to visit her lodging, but she isn’t there. In Trevor’s identity, Darnell and Murphy send a package to the location where Paula is supposed to be. When she arrives, Leslie is there.