Better Call Saul Season 6 Episode 12 [Penultimate Episode] Waterworks: Why is there a police car there? 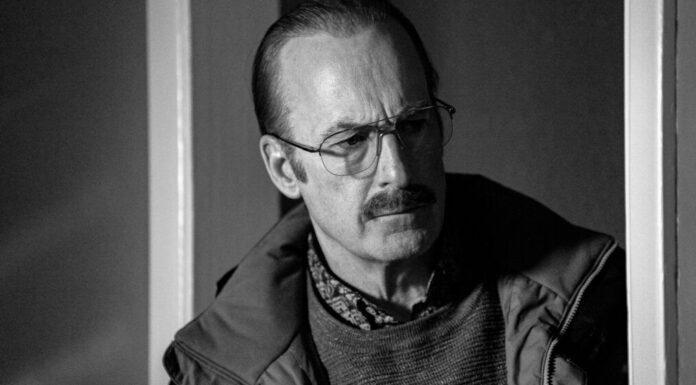 In Better Call Saul Season 6 Episode 11, Bryan Cranston and Aaron Paul reprised their roles as Walter and Jesse, bringing viewers straight back to the period when the first time the meth cooks saw shady lawyer Saul Goodman. It also clarified a tonne of our doubts about the fate of various characters from Saul and Breaking Bad while simultaneously raising a number of new ones. Now we’ve reached the point where things are going to start getting more difficult. the producers are playing things very close to the chest this time around. www.tvacute.com has brought more information about the Better Call Saul season 6 episode 12 for you which you can check below.

We know how eager you are to catch the final two episodes of Better Call Saul, as there are only two episodes left to air. As is the norm, very few specifics are known about tonight’s episode, which serves to set the stage for the conclusion of the series the following week. On the other hand, we do know that Bob Odenkirk, along with executive producers Peter Gould and Vince Gilligan, will be joining host Chris Hardwick on an upcoming special episode of the Talking Saul after-show to discuss recent developments in the series.

To begin, let’s have a conversation about the title, “Waterworks” will be the title of episode 12 and serve as the penultimate episode.. Could it be a reference to Kim Wexler? Kim is still alive! But where is she working now? In past week Francesca insisted that she was still with us, informing Gene that Kim had called to see how she was doing and had even inquired about him. Positive news, yes? Well… Given that Rhea Seehorn is scheduled to appear on Talking Saul tomorrow night, we have a sneaking suspicion that the episode in question will involve her in some capacity. Will we return to the post-New Mexico world of Gene/Saul/Jimmy (Bob Odenkirk), when everything is in black and white, or will the program give us another dose of that Breaking Bad magic?

However, there is also a preview for Better Call Saul Season 6 Episode 12, and the scene does not end well for Gene. This teaser solely has voiceovers, same like every single one before it. and only provides brief previews of the upcoming episode. Police cars can be seen in the teaser. After breaking inside the building at the end of the previous episode, is he going to get caught?  Gene is one of the most sought-after agents of the Heisenberg drug cartel, so this is devastating news for him.  has Gene been betrayed by someone? Or did something unfortunate occur with the cancer patient he was trying to take advantage of? Why is there a police car there?  We won’t know the answer until we wait it out.  The episode synopsis has been made public by the network. you can check it below.

But what exactly happened on that call in Better Call Saul season 6 episode 11?

When Kim was mentioned, Gene sprinted to another phone booth and dialled Palm Coast Sprinklers in Titusville, Florida, asking for Kim Wexler, who he thought might be employed there. However, we were unable to hear what transpired next: Gene was only seen ranting and becoming agitated before angrily shattering the phone. Did he converse with Kim and express displeasure with her remarks? Or did someone inform him that Kim is unwilling to speak with him? Or did someone tell him that Kim no longer works there and that they are unsure of her whereabouts?