Is there a seventh season of Better Call Saul? 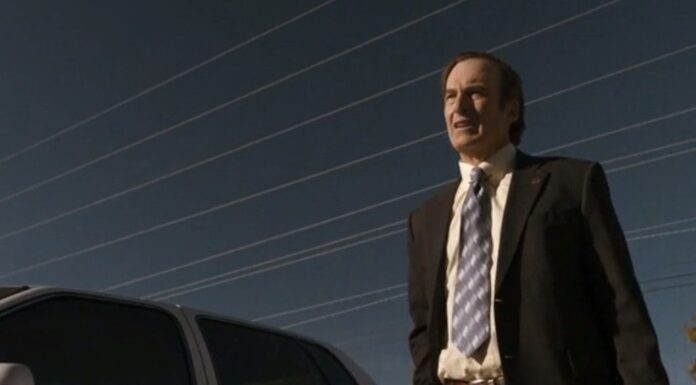 Better Call Saul begins six years before the events of Breaking Bad and follows the misadventures of Jimmy McGill, Mike Ehrmantraut, and Gus Fring while also welcoming new characters like Kim Wexler, and Howard Hamlin, and Lalo Salamanca. It does seem appropriate to ask why there won’t be a season 7. It’s difficult to say goodbye to this world because we fully understand that by doing so, we are also saying goodbye to the entire larger Breaking Bad universe. (tvacute.com) Here is all the information you need to know about Better Call Saul season 7 now that season 6 has finally come to an end. If there isn’t a new season of Better Call Saul, why isn’t it happening?

Sadly, there will not be the seventh season of Better Call Saul. When the formal announcement of the renewal occurred in early 2020, Better Call Saul season 6 was officially declared to be the last season. Shortly after, co-showrunner Peter Gould said, “AMC and Sony are making that goal come true. My aim was to portray the whole tale of our conflicted and flawed hero, Jimmy McGill.

If Better Call Saul season 7 happens then What would the story be to come place?

Where further could Vince Gilligan and Peter Gould take the narrative even if Better Call Saul season 7 were to come place? Better Call Saul season 7 would essentially be a rerun of the first season whenever Jimmy McGill’s prequel chronology catches up to Breaking Bad in season 6. The series finale of Better Call Saul deals definitively with Bob Odenkirk’s character’s future after enough of Jimmy’s pre-lawyer days have been covered in flashbacks and the animated series Slippin’ Jimmy. There isn’t any more tale to be told about Jimmy McGill, regardless of what you look up in his history, present, or future.

Will Another Breaking Bad Spinoff Happen?

While there won’t be a Better Call Saul season 7, there’s a chance that there will be another Breaking Bad spinoff. Vince Gilligan and Peter Gould, the show’s writers, have never definitively ruled out a third season, and Giancarlo Esposito has expressed interest in delving into Gus Fring’s before to Better Call Saul history. The groundwork is there, as both Better Call Saul and Breaking Bad make references to significant prior events that have never received a satisfactory resolution for Gus.

But if there is another spinoff, it won’t come anytime soon. The most current Breaking Bad spinoff information comes from Vince Gilligan in an interview with Rolling Stone, “I think there’s a certain point, and it’s hard to quantify, where you’ve done too much in the same universe.” Better Call Saul season 7 may not be that turning point, but Gilligan is well aware of the dangers of tarnishing a successful property with pointless material. Importantly, Vince Gilligan will be kept busy for the foreseeable future by his work on a new mystery TV project that has nothing to do with Breaking Bad.

The preferable course of action at this time seems to be to simply celebrate what we had, rather than bemoaning the absence of season 7. Who knows, too? Even if Vince and Peter are finished exploring the larger Breaking Bad universe, for the time being, they might discover something interesting to explore again in the future.

Share
Facebook
Twitter
Pinterest
WhatsApp
ReddIt
Previous article
Motherland: Fort Salem Season 3 Episode 9 [“But I Don’t Even Have a Dress…”] Raelle and Scylla are Engaged
Next article
Only Murders in the Building Season 2 Episode 9: Oliver and Charles get into a fight over a birdcage