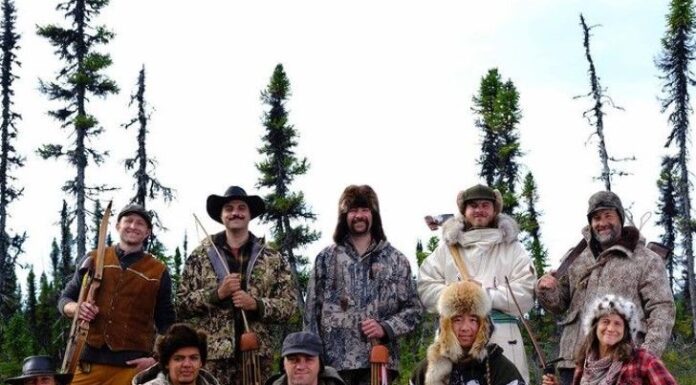 Alone is a reality TV show where 10 people battle for $500,000 in the wild. The ninth season of this sitcom premieres, on May 26th, at 9 PM ET/PT. Discovery+ distributes and airs Alone Season 9. Alone appears to be similar to other survivalist reality shows but the primary difference is that the show’s participants are exactly that: Alone. There was no camera crew, no teams, and no producers in the vicinity. Only the woods and their tools, as well as their survival skills, will keep them going through the days. The ninth season is set in Labrador, Canada. So let’s find out Alone Season 9 Contestants’ names and which ten items they chose to take on their survival trek to Labrador’s isolated wilderness valley. Alone Season 9: Meet the Contestants

Where is Alone: Frozen filmed?

Alone Season 9 Winner Name Revealed – Who among Juan, Karie and Teimojin will take the amount??

Alone Season 9 Episode 10: Who will Survive to the End: Only Three Survivalists Left 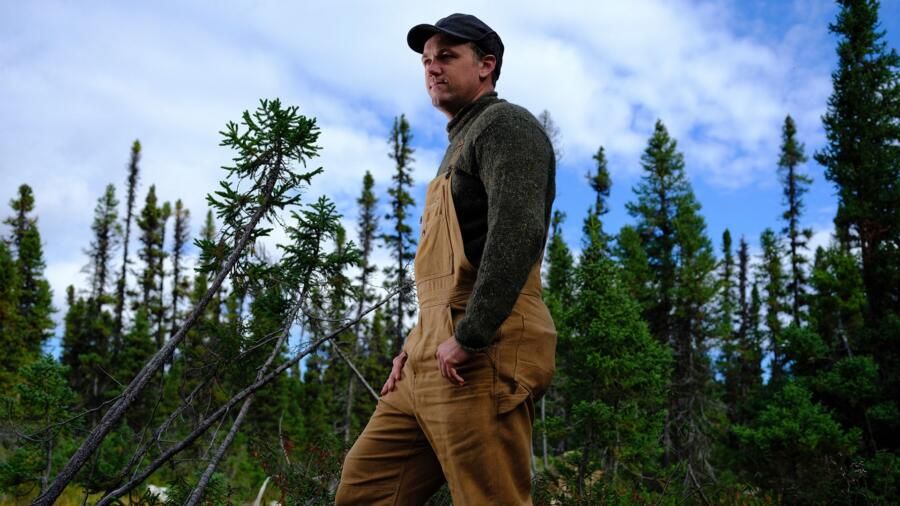 Adam’s always been adventurous. At age 9, he and his family emigrated from England to Florida, where he first experienced marshes and wildlife. Adam spent 15 years exploring every continent’s wilderness. He returned to the U.K. to finish his Bachelor’s in African Studies and apprenticed with a shearer. Shearing seasonally gave him time to explore. He travelled from London to Singapore overland in 2008. He acquired a horse in northern Mongolia and spent two months studying local techniques. In 2010, he acquired a camper in Australia and travelled the bush hunting for surf and reptiles.Adam fishes and hunts in the Arkansas Ozarks, where he builds treehouses. In his spare time, he’s building a cabin on his six-acre property and biking Arkansas’s trails. His diversified abilities and expertise made him particularly suited to take on Labrador and add to his eventful life. Adam brought ten items on his survival trip to Labrador, Canada:

Benji grew up in urban San Diego. He loved sports and bass fishing with his dad and brother. His affinity for the outdoors began with mornings on the boat and afternoons exploring the shoreline. A misbooked ski trip to Squaw Valley, CA led to a mountain lifestyle. Benji became an adventure-seeking hunter in the mountains. Growing up, I’d bowhunt elk before high school and antelope after soccer practise. Once wildness was loved, there was no turning back. Benji taught fitness for 19 years after graduating from MSU-Bozeman in Exercise and Wellness. He pursued powerlifting at the municipal, state, and national levels until qualifying for the 2003 World Championships in Calgary, AB. Benji won the World Championships at 220 pounds. Benji wouldn’t be who he is without his family. His wife, Erin, and daughter, Zoe, urge him to be himself, pursue his ideas, and be wild and free. Benji brought ten items on his survival trip to Labrador, Canada:

Jessie, a child abuse survivor, preferred plants and pets over people. She was drawn to opportunities to test her strength, like many abuse survivors. She joined the Air Force to travel. After four years as a SERE Specialist, Jessie got to travel and work worldwide while earning a BA in Educational Psychology. She also had outdoor adventures while conducting recreational trips in Europe, as a wilderness therapy field guide in the U.S., and in the Colorado Rockies where she now lives. As a child, the forest was her shelter; as an adult, she rarely visits alone. Since 2017, she’s been the lead instructor at SERE Training School, where she teaches global survival and evasion methods to civilians. Her focus is teaching women and underrepresented groups wilderness survival skills. She aspires to launch her own school, O.W.L.S. Skills, in 2022. Jessie brought ten items on his survival trip to Labrador, Canada: 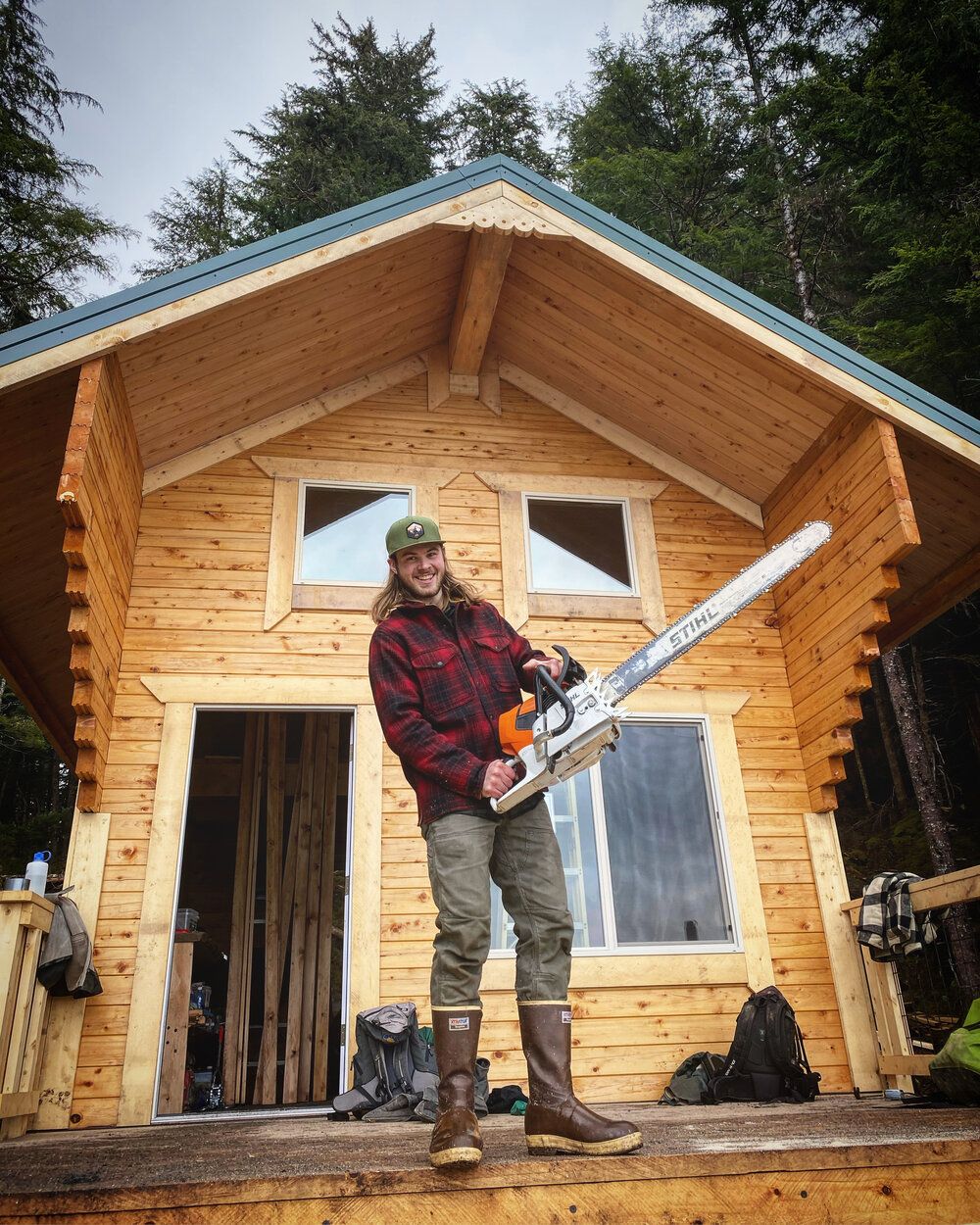 Young Jacques loved the outdoors. Before his teens, he started hunting, fishing, and bushcrafting. Jacques felt disillusioned with modern life as a young guy and had no ambition to attend college. Instead, he spent 90 days camping, kayaking, canyoneering, and rock climbing in the Rocky Mountains. He taught science and wilderness survival in California, wrangled bison in Utah, and guided ice climbing on glaciers, canoe expeditions on icy lakes, and bear trips in Southeast Alaska. His last 5 years have been spent chasing his passions across the American west, and he’s learned what counts most. Jacques sees his Alone experience as a way to improve his relationship to the earth and inspire young people that wonderful and incredible things may happen if you follow your hobbies. Jacques brought ten items for his survival trip to Labrador, Canada:

Juan Pablo enjoys adventure and farming. Juan Pablo Quionez has 10 years of expertise in outdoor recreation and survival. His outdoor and survival experiences include backpacking the entire Pacific Crest Trail (2650 miles) in 99 days, paddling over 1500 miles in whitewater and flatwater trips (including the Hayes River to Hudson Bay), living in the wild for six months with his partner, Jennifer, foraging to supplement their semi-starvation rations, and spending 100 days foraging in solitude during the boreal winter. In these times of instability and decline, he believes it’s necessary to practise and share the skills and wisdom of our hunter-gatherer ancestors. If he wins Alone, he’ll acquire property to build a homestead settlement and a family. He’s excited to test his mind and physique. Juan Pablo brought ten items on his survival trip to Labrador, Canada:

Igor is a first-generation American with Armenian-Egyptian and French-Russian parents. His familial and American cultures have guided his 13 years of community activism and leadership. He thinks how we treat the land is how we treat each other. He enjoys wilderness life via thanksgiving, reciprocity, and presence. As a 15-year meditation practitioner, he sees his time on Alone as a chance to develop his relationship with the land, tap on his ancestors’ wisdom, and engage in an extended wilderness meditation retreat. Igor is a community organiser, leadership consultant, bowhunter, cook, traveller, and writer by day. Igor brought ten items on his survival trip to Labrador, Canada:

Karie Lee began backpacking at 6 months old, strapped to her father’s back. Growing up in a tiny town, she played in the woods and made shelters, and dreamed of surviving with just a knife. Karie invites all walks of life on her backcountry expeditions, where she shares the wilderness’ beauty. She also uses hand-foraged, wild-crafted herbal remedies and flower essences to cure patients. Karie lives in a 30′ off-grid yurt in the woods. Water comes from the sky, warmth from the trees, food and medicine from plants and fauna, and all “waste” is composted and recycled by the forest. She developed a gravity-fed, fire-heated sauna and shower! In this rustic setting, she enjoys tanning skins, stitching buckskin, making drums, baskets, and felting. She enjoys trekking, kayaking, snowboarding, and archery. Karie Lee brought ten items on her survival trip to Labrador, Canada: Terry Burns grew up near Hurricane, WV. He grew up hunting and fishing virtually every day. He was hit head-on by a semi-truck at age 21. Near-death experience made him understand there was more to life than materialism and rat race. Terry has spent his seven-month off-season backpack hunting and fishing in all 50 states and seven continents, accruing close calls and scars. He survived freezing, a plane crash in the Amazon, and a caribou hunt in the Arctic. Because of these options, he hasn’t bought meat in nine years. Terry aspires for thankfulness, empathy, resilience, self-reliance, and connection with nature through these transforming experiences. On Alone, he aims to develop these qualities in himself and others. Terry brought ten items on his survival trip to Labrador, Canada:

Teimojin enjoyed a cosmopolitan upbringing in Montreal. From his first steps on a plane to solo travel in poor countries. Teimojin, 17, joined the Canadian Army Reserve Infantry. He was interested in Cold Weather Warfare & Survival and spent weeks to months in the Subarctic learning from the native Cree Rangers how to create improvised defences, conduct patrols, assaults, search and rescue missions, and gather food and shelter. Teimojin eventually became a doctor. He plans to work in rural Ontario, Canada ERs, hospitals, and clinics. These seemingly opposite life experiences in battling and healing led him to specialise in Wilderness Medicine. Teimojin is excited to test his knowledge, talents, and abilities in this season of Alone. Teimojin brought ten items on his survival trek to Labrador, Canada: 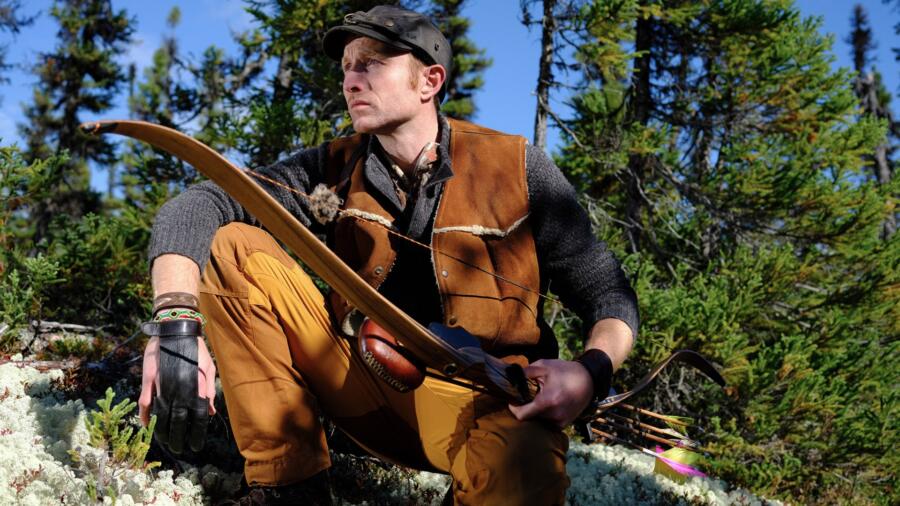 Tom’s father was a game ranger and conservation biologist in South Africa. Tom’s family travelled to numerous isolated locations. Tom’s mum loved wilderness. Combining naturalist and nurturer planted adventure in Tom’s heart. He quit high school early, worked various trade and service jobs, and hitchhiked, rode freight trains, and attended old-time music festivals up and down the east coast. Soon, he was hunting Whitetail, Wild Turkey, Squirrels, Rabbits, Raccoons, Catfish, Dove, Duck, wild plants, and elusive mushrooms. Tom’s father died of Parkinson’s in late summer 2019, and his hunting guide Tracy Powers died of cancer in 2021. Alone is the culmination of these events, a chance to respect his influences and mentors and test and humble the man he will become. In a world struggling from conflict, climate change, and unknown viruses, there’s a chance to start over where we all began. Tom brought ten items on his survival trip to Labrador, Canada: