Alone Season 9 Episode 10: Who will Survive to the End: Only Three Survivalists Left 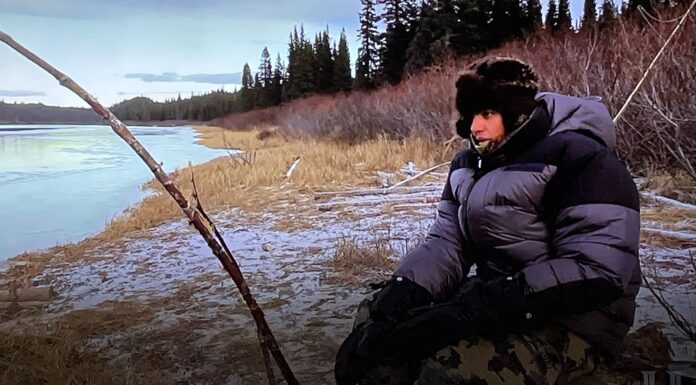 The ninth season of the show “Alone” on the History channel has been doing an excellent job of depicting the hardships that the show’s contestants face when they are left alone in the wilderness with only a limited quantity of survival tools. The ninth season of Alone was shot in the fall of 2021 in Northeastern Labrador, which is known for its extreme weather conditions.  At the start of Alone season 9 episode 9, there are still four competitors. these names are Adam Riley, Juan Pablo, Karie Lee Knoke, and Teimojin Tan. The episode comes to a finish with three survivalists left in the running for the prize. who taps out? (read the recap below) After watching the ninth episode, Let’s move ahead. There are now only four contestants in the reality series. So, here’s what’s in store for Alone Season 9 Episode 10, www.tvacute.com’s everything we know so far about the new episode, including the release date.

Alone Season 9 Episode 11: [Fight, Flight, or Freeze] Who among Juan, Karie and Teimojin will reach the finale?

We are so close to the finale, with one episode left. Alone season 9 has a total of eleven episodes. In the tenth episode of Alone Season 9, the only three surviving are Canadian Juan Pablo, Karie Lee Knoke from Sandpoint, Idaho, and Teimojin Tan of Canada still in the running. They have remained despite being forced to suffer inclement weather including rain and snow. In the tenth episode of Season 9 of Alone to be called “Winter’s Grasp,” a fierce blizzard outside is making life extremely difficult for the three survivors. Some participants are struggling to warm their shelters as temperatures continue to drop, while others are finding it difficult to maintain their health. They need to build their own shelters, hunt for their food and conquer various challenges and dangerous animals. The audience will have to hold their breath for a day before knowing what will happen to the contestant. Watch  Alone Season 9 Episode 10 and 11 synopsis for more thoughts on that and including watch the promo below.

Does anyone know where we can order this birthday cake? #AloneOnHistory pic.twitter.com/myxPazfaon

Alone Season 9 Episode 10 synopsis, A fierce snow storm wreaks havoc on the remaining survivalists; one participant attempts to warm their shelter, while another struggles with their health as the weather piles on.

Alone Season 9 Episode 10 will air on 28 July 2022 at 9/8c On History. New episodes are delivered weekly and each episode lasts approximately 93 minutes. Discovery+ distributes the show, which airs on The History Channel. If you can’t watch the cable TV show, you can watch it later on the official History website. You can also choose from live streaming platforms such as Fubo TV, Sling TV, DirecTV, and Philo TV where the show is available. You can rent or buy individual episodes or entire seasons on Amazon Prime Video, iTunes, and Apple TV.

The eleventh episode, titled “Fight, Flight, or Freeze,” will be available on August 4.

The following is a synopsis of Alone Season 9 Episode 11 on History Channel: “As days pass, the contestants continue struggling to battle Labrador’s harsh snowstorms and below-freezing temperatures. As their minds and bodies are pushed to the limit, they struggle more than ever before.”

What is the best way to watch Alone Season 9?

YouTube doesn’t have Alone’s full episodes. The History YouTube channel has much footage from multiple seasons. Full episodes aren’t available because Discovery+ and The History Channel are the main distributors. Discovery+ is a membership service that includes History, HGTV, TLC, and many more networks. Sling lets you stream shows like Alone online. Stack also serves Canadians.

Adam has problems falling asleep, but his problem is hunger. He explains that he goes hunting for 3–4 hours every day but hardly ever finds anything. He tries to hunt again, gets caught in the thorns, and falls. He pauses for a bit to gather himself before explaining how much he misses his family and cannot get over it. Soon later, things go from bad to good when he successfully shoots a grouse. He maintains, however, that he is also growing weary of murdering things and that the mental toll is wearing on him. Adam is clearly in a precarious situation or, as he put it, at a turning point. He ultimately determines that it is time to go. Because he has a physically demanding job, he isn’t bringing in enough food and can’t take the chance of hurting his body. A grouse wanders into his camp the morning before he leaves. he returns to save the bird. His legs have turned to lead, so he can’t move and is satisfied to observe. Adam taps out in a terrific situation. He doesn’t want to be medically extracted and goes himself.

Karie Lee’s optimistic outlook is amazing as usual.  Karie is happy to see the frozen river. She sings the song “Winter’s coming. She is nonetheless upbeat about it when it begins to snow. She never appears upset about the situation. Now she is switching her hunting tactics to include more traps and snares. She then tells a personal tale about how a miscarriage at four months pregnant at the age of 36 changed her perspective on life and taught her not to live for today but for tomorrow. she checks the traps and finds something went through the first one. Next, she catches a squirrel. She chuckles and kisses his frozen face. At dinner, She cooks everything and saves one leg for tomorrow.

Teimojin Tan is also on the lookout for squirrels when chopping into the icy brook to gather water. He claims that his food cravings are becoming increasingly uncomfortable and that he has shed 44 pounds since the tournament began. He certainly misses her and his mother. his aims to change his conduct due to lack of food. He decides to think about his sweetheart for 20 minutes a day. He’ll be encouraged. He sleeps in snow. He talks about his girlfriend Gabrielle throughout most of his part. He remembers how they first met at the hospital where they both worked and how it gives him the courage to think about her. In this episode, he spends some time on the beach building bird traps. He also places additional snares. At the conclusion of the episode, his bird trap was set off, although it was ineffective. In order to catch a raven, he evaluates the trap and redoes it in his own way.

I think Juan Pablo is the first person to strategize not eating. #aloneshow #AloneOnHistory pic.twitter.com/gNfBShYUSn

Juan Pablo made the same reference to lack of sleep in his portion as the other competitors. but he is excited about winter and thinks he has more cold-weather experience than his competitors. He spends some time making repairs around the house, such as hanging a line for his sleeping bag and making his bed more comfortable. He also dons a fresh pair of wool socks. Once more consuming unboiling water. he thinks and changes his strategy to continue fasting for another 20 days. It’s a lengthy game for him.