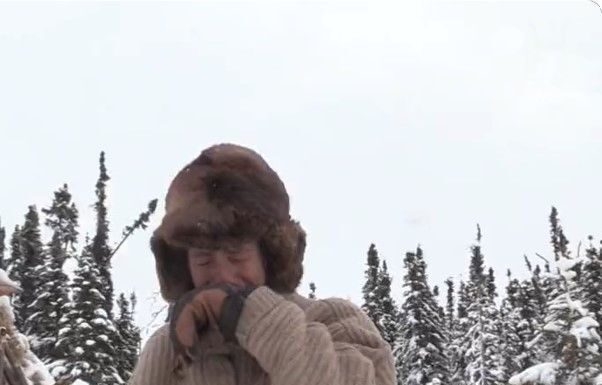 Alone is a reality television show in which ten people must survive in the wilderness. Equipped with few tools and enough camera gear to record their own journeys, the contestants tough it out until just one is left to collect the $500,000 prize. Some may be surprised to learn that this show has been running for nine seasons. For its ninth season, the grueling survival reality series goes to new extremes, dropping 10 willing souls. So, here’s what’s in store for Alone Season 9, www.tvacute.com’s everything we know so far about the new episode, including the premiere date, Contestant, and Location.

Alone Season 9 The season will also include two new digital video series: “The Ride Back,” which will focus on the participants’ raw emotions leading up to tap out, and “Shelter From the Storm,” which will take a closer look at the clever shelters they create. The players will also have to contend with a lethal predator that stalks its victim, the Polar Bear, for the first time.

Alone Season 9 Episode 2: One survivalist comes up with a unique idea for Dinner

Alone Season 9 was filmed in Northeastern Labrador, Canada, which is home to Alone’s harshest weather. It was shot in the fall of 2021. The ten finalists completed Season 8 in the Canadian wilderness around Chilika Lake, British Columbia.

The island of Newfoundland is Canada’s easternmost region, while Labrador is on the mainland to the northwest. The climate in northern Labrador is tundra. The Torngat Mountains, stretch from Cape Chidley to Hamilton Inlet. The mountains run along the coast from Port Manvers to Cape Chidley, Labrador’s northernmost point. Mount Caubvick, the province’s highest point, is also located in the Torngat Mountain range.

Labrador The province of Labrador is divided into two distinct regions. South of the Hamilton Inlet, the coastal landscape is dotted with fishing communities. There are a few permanent communities north of the inlet, most of which are populated by Innu and Inuit.

Alone Season 9 Episode 1 will air on 26 May 2022 at 9/8c On History. New episodes are delivered weekly and each episode lasts approximately 93 minutes. Discovery+ distributes the show, which airs on The History Channel. If you can’t watch the cable TV show, you can watch it later on the official History website. You can also choose from live streaming platforms such as Fubo TV, Sling TV, DirecTV, and Philo TV where the show is available. You can rent or buy individual episodes or entire seasons on Amazon Prime Video, iTunes, and Apple TV.

Drop Shock is the title of the premiere episode of Alone season 9.

Ten new participants have a chance to win $500,000 as they try their best to survive in one of Earth’s harshest locations; the survivalists are forced to make quick decisions in the face of imminent weather.

What do you see wilderness survival as? Don't miss the season premiere of Alone TONIGHT at 10ep on The HISTORY Channel. Also on STACKTV. #AloneOnHistory pic.twitter.com/uwGIVLKNHQ

What is the location of the Labrador Current?

The Labrador Current is a cold current in the North Atlantic Ocean that flows from the Arctic Ocean south through Labrador’s coast, across Newfoundland, and then south along Canada’s east coast near Nova Scotia. This chilly water stream joins the warm, northward-moving Gulf Stream near Nova Scotia.

What do you see wilderness survival as? A brand new season of Alone premieres THURSDAY, only on The HISTORY Channel. #AloneOnHistory pic.twitter.com/WDff3uP2vo