Where is Alone: Frozen filmed? 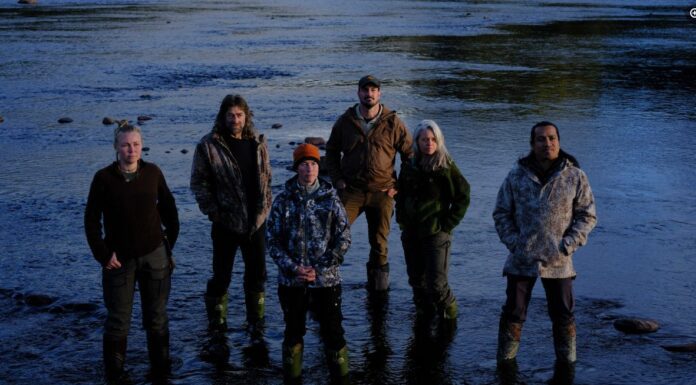 The survival TV series “Alone: Frozen” on the History Channel matches six seasoned “Alone” characters against one another for a second survival test. The survivalists are left behind in a remote area where winter is setting in, there are intermittent chilly winds and downpours, and some hazardous cold-weather predators, particularly polar bears, hide in the underbrush. They have to endure these harsh circumstances for 50 days; they are thought to be worse than those in any other season of “Alone.” Eight episodes make up the season. Alone: Frozen debuted on Thursday, August 11 at 9 p.m. ET, History Channel. The Alone: Frozen season 1 cast includes: Greg Ovens, Woniya Thibeault, Callie Russell, Amós Rodriguez, Mark D’Ambrosio, and Michelle Finn.

The candidates must make the most of their prior expertise from the show and the little materials they have at their disposal in order to live. The survivalists who succeed in finishing the mission will get $500,000, which they can divide among themselves. The spectators cheer for their favorite survivalists as they witness the returning candidates withstand one of the hardest environments. Furthermore, it makes sense for you to be curious about the locations where these survivors are seen attempting to survive the winter, nonstop rain, and predators. Permit tvacute to fill you in on the specifics of the same.

Survivalists will attempt to last fifty days in an area with the densest population of Polar Bears in the United States after being abandoned on the icy North Atlantic Coast of Labrador, Canada, just as winter is setting in. They will contend with howling winds, relentless rain, and North America’s most vicious cold-weather predators while enduring extreme conditions worse than any of the episodes of Alone’s previous seasons.

The easternmost province of Canada is Newfoundland and Labrador, which is situated in the Atlantic area. It consists of two regions, as its name implies: the island of Newfoundland and the Labrador continent. Due to their topography, each of these regions has a roughly triangular form and a wide range of weather. The province has produced a number of films and television programs over the years. ‘Aquaman,’ ‘Contact,’ ‘SurrealEstate,’ and ‘American Gods’ are a few of the prominent ones. Let’s get directly to the locations where the survivalists’ talents will be put to the test right now without wasting any time!

For the first incarnation of “Alone,” all the crucial scenes were filmed in Labrador, a geographical and cultural area inside the province of Newfoundland and Labrador. The survivalists independently record their travels as they traverse the area’s wilderness and endure everything it can throw at them. The majority of Labrador has a subarctic climate, making it the largest and northernmost territory in Atlantic Canada.

The summers in the Big Land are usually cooler and rainier, and the autumns are brief, chilly, and foggy. It’s a great place to test survivalists and film survival series like “Alone: Frozen” because the winters are typically brutally cold, long, and snowy. Additionally, Labrador is home to a diverse assortment of plants and animals. Many Upper Canadian and Lower Hudsonian animal species can be found there. It is known that Polar bears go to the southeast of Labrador during their seasonal travels, making the area even riskier to visit.