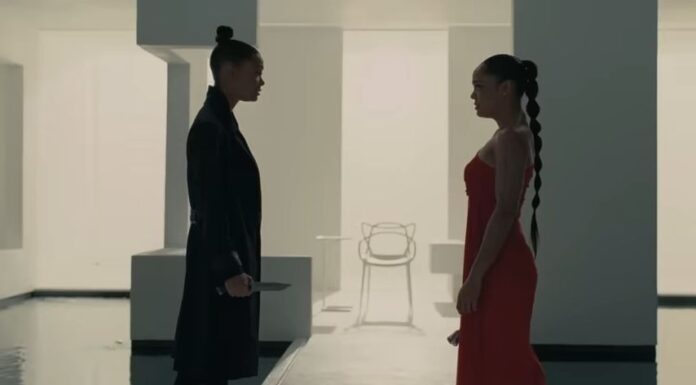 In Westworld Season 4 Episode 6 featured Charlotte getting frustrated with the mounting opposition to her plan to turn every human being on Earth into her own personal pet. Bernard, who previously suggested that he has seen a road to the rescue of the human race, and Caleb’s adult daughter C are among those attempting to stop her (Aurora Perrineau).  What will happen next? Watch ‘Westworld Season 4 Episode 7 new promo at www.tvacute.com, So that you can prepare yourself for the upcoming new episode.

The seventh episode of Westworld’s fourth season will be titled “Metanoia.” It’s the sixth and the penultimate episode of the season and going to be very significant. It would set the setting for the conclusion of the story. what’s going to happen next based on the promotional material, It’s the day of judgment. This presents an opportunity to halt the progression of Hale’s world, or at the very least, to improve upon the current state of affairs. At this point, C. Frankie is one of the most prominent freedom fighters. it appears that C, Maeve, Bernard, and perhaps Christina, will have to take action.

Along with this, the promo also suggests that it may be time for the Parasites to evolve and that there may be a broader purpose or destiny that each individual may finally fulfill. As the result, we will get violent scenes. Talk about Christina, With her remaining episodes being postponed by an additional week because they’re excellent enough. There are just two episodes remaining, but Hale still controls the world, Caleb is incapacitated, Christina is probably Dolores but has lost her memory, and Bernard is still keeping the details of the plot a secret. Season four has significantly outperformed Season 3.  . Watch Westworld Season 4 Episode 7 promo and synopsis below to get a better idea of ​​what to expect:

Westworld Synopsis 407: You want to have a drink at a time like this?

Westworld Season 4 Episode 7 will air on Sunday, Aug 7, 2022, HBO Max (9/8c) Unlike the 10-episode arcs in Seasons 1 and 2, this season will only include eight episodes, similar to Season 3. Weekly episodes of the show will be made available on HBO Max, and the series finale will run on Sunday, August 14. Viewers must have an HBO Max streaming subscription in order to see the show. With an HBO Max subscription, it’s also accessible through Hulu and Roku.

Viewers may currently watch Westworld on a few streaming platforms, despite the fact that HBO hosted the series’ original debut. On Prime Video, the first three seasons are available for rental or purchase. However, you must be a subscriber to HBO Max in order to view every episode of Westworld and the impending Season Four premiere without charge.

AT&T offers one of the greatest HBO Max packages. You can sign up for the streaming service without having to pay the standard monthly subscription fees because the business offers HBO Max for some Unlimited internet and phone plans. Visit this page to learn how to subscribe to HBO Max through AT&T.

Another way to access HBO Max and Westworld for free? HBO Max is a perk available to Cricket Wireless users who subscribe to the company’s unlimited plan. The $60/month bundle includes the HBO Max tier, which lets you watch free shows like Westworld and a vast library of original content. This tier is sponsored by advertisements.