Are you ready for The Rookie Season 5 Episode 10: Tim and Lucy’s First Date 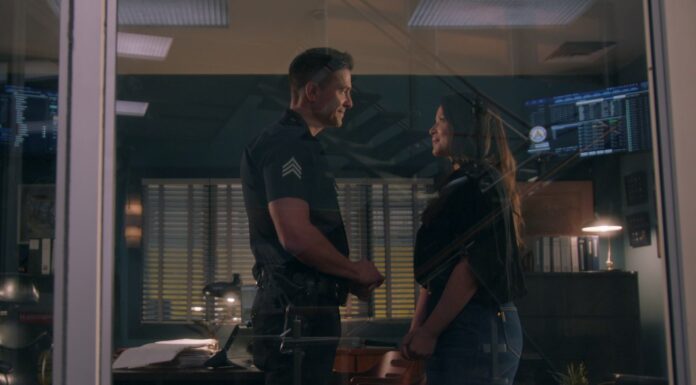 The Rookie season 5 episode 10 returns at a new time (on 3 January) after the holiday. Additionally, there will probably be a crossover with The Rookie: Feds. these events are scheduled back-to-back to improve continuity.

In The Rookie Season, 5 two hours fall finale episodes Lucy Chen breakup up with Chris after she and Tim Bradford discussed their emotions for one another at the conclusion of episode 8. And soon after the breakup, she went to Bradford’s office to speak with him. She accepted his invitation to go on a date. (read the recap below) Fans are now eager to discover more about the new episode of The Rookie. Do you want to know when The Rookie season 5 episode 10 will air on ABC? To more about The Rookie Season 5 Episode 10, all of the information, including the promo and release date, can be found at (www.tvacute.com).

When The Rookie Season 5 returns Fans can rejoice since episode 10 titled “The List” will feature Tim and Lucy’s first date. A potential crossover between “The Rookie” and “The Rookie: Feds” is hinted at in the preview. In The Rookie Season 5 Episode 10, not only will Tim and Lucy deepen their romance, but the police will also collaborate with the agents from The Rookie: Feds in a crossover activity. A robbery gang obtains a list containing the names of undercover operatives, according to the crossover teaser. In order to capture them, the LAPD and the FBI team together, and during the two episodes, several individuals’ lives will unavoidably be in danger. Tim and Aaron Thorsen are forced to balance precariously on the edge of the roof as one of the bank robbers crash his car into their car in the trailer. And another suspect approaches Simone Clark from behind and tries to strangle her with a rope.

The Rookie Episode 5.10 Synopsis: Detective Nyla Harper and James find themselves in the middle of a bank robbery which leads the entire team on a citywide manhunt; Tim and Lucy go on their first date.

BESTIES, THIS IS THE EPISODE ‼️
Just one week until #TheRookie returns 🤩 pic.twitter.com/awk3KmITPB

She exposes ‘Chenford’s’ future in ‘The Rookie’ Season 5 Episode 10. “Chenford” fans may be shocked. Because they’ll see what’s coming, they may not be happy for a while. Whether that pays off is unknown. Thus, persevere. Episode 10 may bring something cool. I’m unsure.”

Where to Watch The Rookie Season 5 Episode 10 Online?