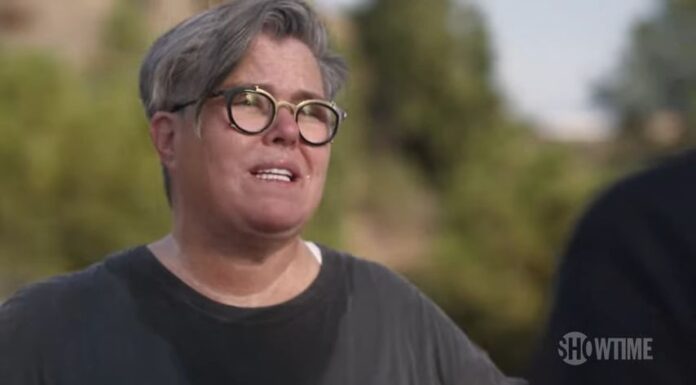 In The L Word: Generation Q Season 3 Episode 8, a Thanksgiving guest pushes Sarah Finley (Jacqueline Toboni) to the brink, and families rally around to support one another. Dani is on a well-deserved solo vacation in a different area of town until a string of unexpected circumstances forces her and Dre to become closer. Meanwhile, after being forced to deal with Angie’s feelings by an unexpected sighting, Shane and Angie decide to volunteer together. The episode comes to a finish with Carrie (Rosie O’Donnell) who becomes unconscious and Finley dials 911. Now, What will happen next? The ninth episode promises to be more interesting. www.tvacute.com has a preview and photographs from The L Word GenQ Season 3 Episode 9.

“Quiet Before the Storm”  is the title of the new episode. Will Carrie Survive? However, the preview for episode 9 shows that Carrie is alive and well, so there is no need for concern. Finley lends a hand to Carrie. In addition, the preview sheds light on some heated drama involving Tess and Shane, as well as Alice’s ongoing hunt for “the one.” Her previous errors come back as a result, Sophie and Dani are the ones who have to clean up the mess. . During Angie’s reading in class, Shane reveals some shocking information.  In addition, will Tasha Williams be making a comeback? As there are only two episodes left in the season, you can anticipate some major disclosures, as well as a number of storylines beginning to wind up.

The L Word Generation Q Episode 309 Synopsis;  Alice’s past mistakes blow up in her face, forcing Sophie and Dani to pick up the pieces. Shane drops a bombshell at Angie’s class reading. Meanwhile, Finley helps Carrie seduce Misty, but can Carrie check her baggage and get the girl?

The L Word: Generation Q Season 3 Episode 9 will release on Sunday, January 15, 2022, at 10 PM ET/PT on Showtime.  On-Demand Available Jan 13.  You can watch them on Showtime online if you have a Showtime Channel membership. If not, you can watch the show on Hulu or Hoststar.  the show also available on amazon prime video