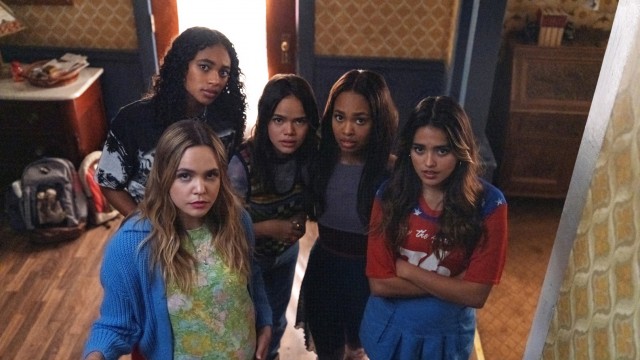 Since the first episode of the original Pretty Little Liars on Freeform aired five years ago, fans are eagerly awaiting the premiere of the new spin-off Pretty Little Liars: Original Sin on HBO Max. The mystery-thriller series features entirely new stars like Bailee Madison and Chandler Kinney, and despite the shows’ independence from one another, audiences are curious to see how the O.G. compares to the successor.

PLL: Original Sin centers on five teenage girls who reside in the made-up town of Millwood, Pennsylvania. The group finds itself unexpectedly the focus of a stalker identified only as “A,” who appears to be watching their every move. What lies are being kept by these girls and their parents, and why is this masked killer hunting them?

It can be challenging to stay on top of everything since new episodes will be released on the streaming service every day in August. We drew out all the episode details you need in order to assist you schedule when and how much time you’ll need for a binge session.

The first three are scheduled to debut on Thursday, July 28. Thereafter, two episodes (Episodes 4 and 5) will be released on August 4 and two on August 11, and the first season will conclude with the release of the last three episodes on HBO Max on August 18. On their respective release days, each episode will debut at 3 a.m. EST/12 a.m. PT.

There will be ten episodes in the first season of Pretty Little Liars: Original Sin.  The whole list of episodes, along with their air dates, may be seen here.

Synopsis: 20 years after a series of tragic events that almost tore the town of Millwood apart, both the young and old generations of Millwood must face the consequences of their past when an unknown assailant seems to know an awful lot about their secretive history.

Synopsis:  Imogen and her new friends plot revenge on their common nemesis, while Karen and her twin sister Kelly hatch plans of their own.

Synopsis: As Millwood deals with the aftermath of recent events, Imogen uncovers secrets to unmask “A.” Beasley gets closer to the truth, Noa weighs her options, and Tabby tries to retrieve some evidence.

Original Sin from Pretty Little Liars is only available to HBO Max subscribers. You can still subscribe to the HBO Max plan with advertising for $9.99 per month ($99.99 annually), so don’t worry, darling. You can choose the ad-free option for $14.99 per month or $149.99 per year if advertisements aren’t your thing. On the days of the new episodes’ release, log into your HBO Max account and go to the show’s title page to watch them. Without ads, each episode lasts approximately 50 minutes on average, making the total viewing time close to eight and a half hours. So, once the entire show is accessible for streaming, you can either plan to watch it over a few evenings or manage to finish it in a single sitting.