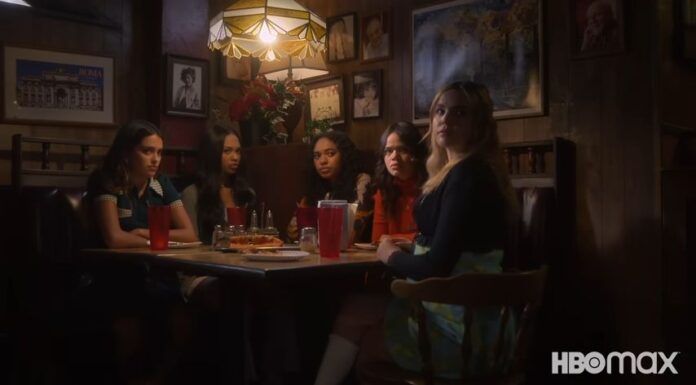 ‘Pretty Little Liars: Original Sin’ is a teen drama series with elements of murder mystery and slasher horror genres developed for television by Roberto Aguirre-Sacasa (‘Riverdale‘) and Lindsay Calhoon Bring. It is loosely based on Sara Shepard’s book series ‘Pretty Little Liars and its popular television adaptation of the same name. Pretty Little Liars: Original Sin is unrelated to Aria (Lucy Hale), Hanna (Ashley Benson), Emily (Shay Mitchell), and Spencer’s tales (Troian Bellisario). The show centers on the Liars’ friendship, like the original. Set in the gloomy town of Millwood, the series follows the intertwined lives of teenagers Imogen, Tabby, Noa, Faran, and Mouse, who find themselves on the target of the notorious serial killer “A.” Even if each mystery is intriguing, what makes it so compelling is the straightforward investigation by our new Liars specifically, Imogen of how everything is or isn’t connected. here is the recap of ‘Pretty Little Liars: Original Sin’ episode 1.

Twenty-two years later, one of Angela’s friends, Davie, is dealing with the teenage pregnancy of her daughter, Imogen Adams (Bailee Madison) in small-town Pennsylvania. It appears Imogen is going through a bad patch with her former best friend, Sheriff Beasley’s daughter, Karen. Because Imogen has allegedly kissed Karen’s boyfriend at a party, the two have a fight. Imogen’s mother, Davy, commits suicide, and the girls fight over the issue, only to learn why Davie has killed himself.

Imogen moved in with Sidney Haworthe and her daughter Tabitha “Tabby” Haworthe ((Chandler Kinney)) a few months after her mother passed away. In addition to Imogen and Tabby, Karen also bullies Minnie “Mouse” Honrada (Malia Pyles), Faran Bryant (Zaria), and Noa Olivar (Maia Reficco) at school. The five girls resolve to take revenge on their bully after a series of occurrences accuse them of harming Karen. At a forthcoming school dance, Imogen intends to compete against Karen for the title of Spirit Queen. In addition, the females intend to exact their retaliation using a humiliating film of Karen.

Each of the new Liars is scarred by something from their past, as is evident in the first few episodes. These new Liars have darker, twisted secrets than the originals. You’ll be on the edge of your seat the entire time, especially considering how the famed villain is being handled. The bad guy in Millwood is out in the open, making sure the new Liars are aware that they are being watched,