With the help of Lee Daniels, who enthralled audiences with the Empire, Fox hopes to reclaim its reputation for nighttime soapy dramas. Former mixed-ish showrunner Karin Gist developed and wrote the play, which is based on Lawrence Otis Graham’s novel Our Kind of People: Inside America’s Black Upper Class, which was published in 1999. Our Kind of People, a new drama will consist of five episodes in the first season.  www.tvacute.com brings you a photo, promo of Our Kind of People Episode 1 which you can watch below. So that you can prepare yourself for the upcoming new episode. Our Kind of People show follows Angela Vaughn, a working-class outsider who tries to join this rich and beautiful world with a secret that could destroy one of its most powerful Black families is also featured in Our Kind of People. This is one of the elements that contribute to the show’s sexiness and intrigue.

The episode “Reparations,” written by creator Gist and directed by Tasha Smith, will be the show’s first episode. Our Kind of People Episode 1 Plot: Angela Vaughn, her daughter, and her aunt are thrown into a world of wealth and glamour.

Who Will Cast in ‘Our Kind of People’ Season 1?

Our Kind of People About the Show

Angela comes to Oak Bluffs, Massachusetts, to reclaim her family name in Our Kind of People. Back in her hometown, the single mother aspires to join the “sisterhood” of the area’s wealthy and powerful Black elite by launching a groundbreaking haircare line that emphasizes Black women’s inherent beauty. Angela discovers a shocking secret about her own mother early in the drama, which utterly turns her world upside down.

Like Empire, Our Kind of People has the potential to edify audiences about a societal sector they don’t know much about, as well as celebrate prosperous Black people who are not entertainers, athletes or criminals, Chestnut says to TV Line.

Also mentioned “Those [Empire] characters were fictionalized, as are our characters, but it’s set in a world that’s very real among the generationally Black elite who reside on Martha’s Vineyard,” Chestnut explains. “There are Black people who are extremely wealthy, and I’m excited for viewers to see that.” 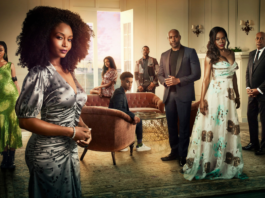 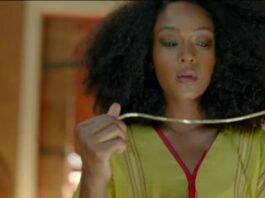 Our Kind of People Episode 2 My Mother, Myself – What...