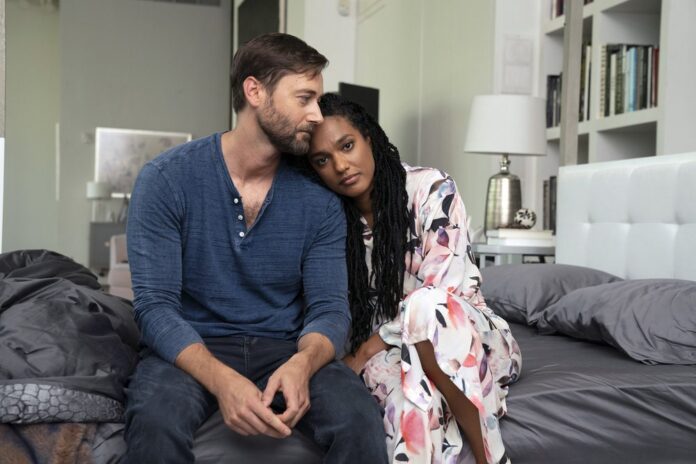 Season 4 of New Amsterdam premieres tonight on NBC, bringing with it new difficulties for the staff. The medical team coped with COVID-19 in season 3, but in the new season, which airs Tuesday evenings at 10/9c, things are getting back to normal. All of the main cast members have returned to pick up where the season 3 finale left off.  www.tvacute.com brings you a photo, promo of New Amsterdam Season 4 Episode 1 titled ‘More Joy,’ which you can watch below. So that you can prepare yourself for the upcoming new episode. Fans had been anticipating, Max Goodwin and Helen Sharpe #Sharpwin.  It finally occurred, and now we get to discover what the two of them have planned for the future. Now that things have become more personal, they’ll have to navigate their professional lives.

Dr. Lauren Bloom, on the other hand, is dealing with some personal troubles. In the ER, she’ll meet her new residents, one of whom will be her partner. Bloom will have to balance being a boss at work and a girlfriend at home, but will she be able to do so? Will she be able to switch on and off all of the time?  We’ve seen how beneficial Leyla is to Bloom. Bloom has come out of her shell thanks to Leyla, who has helped her find balance in her life. Is Leyla capable of being understanding in the new situation? Reynolds (Jocko Sims), on the other hand, has to deal with his personal life. He can’t get his mind off the doctor with whom he’s been sleeping, but her husband is now his new boss. That will undoubtedly cause issues for everyone.

New Amsterdam Episode 401 Synopsis: Max and Sharpe wake up to a new, more personal dynamic; Iggy calls upon an old contact to help with an explosive situation; Bloom begins a tricky dynamic with her new Emergency Department residents; Reynolds finds himself in an awkward position.

New Amsterdam Season 4 Episode 1 will return on September 21 from 10:00-11:00 p.m. ET on NBC. New Amsterdam will be available on Hulu and NBCUniversal’s own streaming platform Peacock the day after it airs on television. Note that only earlier seasons are available on the free edition of Peacock. Traditional cable/satellite pay-TV subscribers can watch New Amsterdam because it is an NBC show. A TV antenna can also take up local NBC stations. Of course, if you use newer live TV streaming providers. NBC is still prominent on major platforms including Fubo TV, Hulu with Live TV, Sling TV, Direct Stream, and YouTube.

Who is in the cast of ‘New Amsterdam’ Season 4?

The following is a list of the rest of the cast: