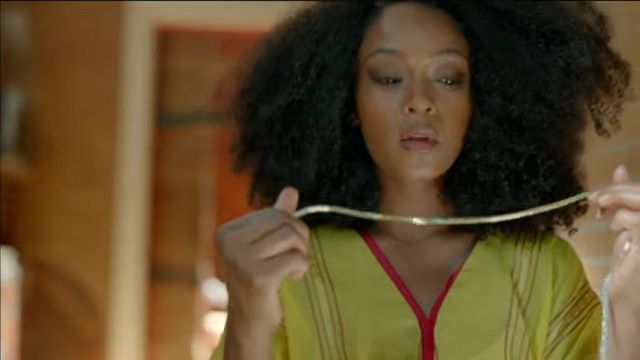 The young woman set out to restore her family’s reputation after being expelled several years ago in Season 1 Episode 1 of Our Kind of People. Angela had to come to terms with the new people in her life and whether or not they were exploiting her, with secrets and lies aplenty. Then there was Raymond, a successful businessman who was charming. What was he trying to hide? but it was evident by the end of the premiere. She wants answers and a place at the table to make amends for her mother’s suffering caused by her father’s absence and dismissal. The question of how she would do so has been left unanswered for now as the series progresses. More secrets will undoubtedly emerge.

Our Kind of People Episode 2 Recap

In episode 2, titled “My Mother, Myself,” Angela maintains an eye on the Franklin incubator program to build Eve’s Crown while also investigating her mother’s drug issue. Leah will be busy with her own plans to unseat her father, Teddy, as CEO of their family firm. She had made it known in the last episode that he would be retiring early. Meanwhile, Raymond will attempt to reclaim his own company. watch the promo below.

Our Kind of People Episode 2: Angela uncovers a devastating secret about her mother; Leah attempts to unseat Teddy as the head of Franklin; Raymond is determined to get his company back; chaos erupts for the Duponts at the Black Diamond Ball.

Our Kind of People Episode 1 Recap

The series premiere focuses on Angela, a maid’s kid who may have been born out of wedlock. The father is revealed to be a powerful man who lives in the Oak Bluffs region of the island. Sailing around the area to find out who he is. Angela’s next goal is to join the Gracities, a ladies social club for which Leah is the gatekeeper. Not surprisingly, both ladies share a father, Teddy, which causes issues for Angela. Leah then humiliates her at a Gracities afterparty, while Olivia just smirks. Still, Leah isn’t as stoic as she appears. After the encounter, she immediately regrets her actions, but Angela later seeks her retribution and calls her a slave to fortune. Lauren, Leah’s daughter, joins the feud. Leah criticizes her father’s questionable business methods, but Teddy snarls at her. He tells her that it is an honor to finally hold the American dream while being a Black man. He is also the family caregiver and provider, so he feels entitled to silence her.

‘Our Kind of People’ Season 1 Cast