Tonight! Bid Week at the Gracities: Our Kind of People Episode 10 – “Just Desserts” 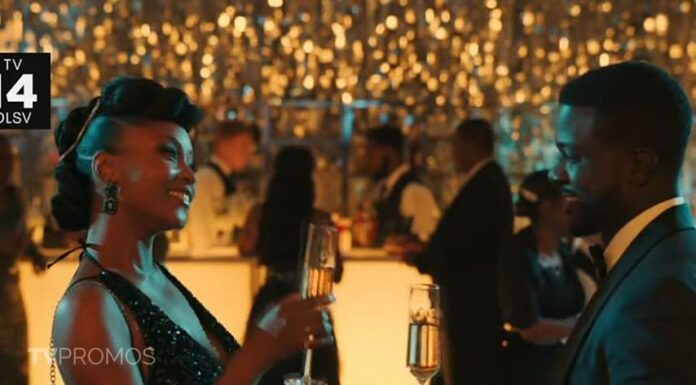 Teddy sought to buy the company’s shares from Jack in the fall finale episode of Our Kind of People, but Raymond’s mother Olivia, oh, solved the “Jack problem” by inadvertently killing him. Even before Raymond’s luck changed, he had to scold Teddy for making a loud drink while he was attempting to work in Episode 9 of Our Kind of People Season 1,   (Read the full recap below) What will happen in the next episode? From tvacute.com comes the trailer and synopsis for Our Kind of People Episode 10 titled “Just Desserts” In order to mentally prepare for the upcoming episode.

Our Kind of People Episode 10 Recap

Our Kind of People Episode 10 Spoilers

Tonight is Bid Week at Gracities. Angela will be just as close to getting what she wants during this time. Meanwhile, Teddy will confront Leah, and she will question the eve of the night about what finally happened that day. And Raymond is desperate to take Jack’s Darmon shares away from Teddy. Piggy, on the other hand, will tell Tyrick the truth about the father.

Our Kind of People Episode 10 Synopsis: Bid Week at the Gracities finds Angela as close as ever to getting everything she wants. Meanwhile, Teddy confronts Leah, as she questions her mother about what happened the night Eve was arrested and Raymond is desperate to get Jack’s Darmon shares away from Teddy and cover for Olivia with the police. Then, Piggy comes clean to Tyrique about his father.

Only two episodes left. Things will certainly grow crazier as we get through the remaining episodes, prepare for that. We can’t picture this program ending without a blast. As well as a massive cliffhanger will at the end. As the season finale episodes, 11 and 12  will be a two-hour extravaganza. Everything will sort of exploding at that point.

Our Kind of People Episode 10 will release on Tuesday, January 11, 2022, at 9 p.m. ET (8 p.m. CT) on Fox,  Available on Hulu. On iTunes, Vudu, Microsoft Store, Google Play, and Spectrum on Demand, fans who are acquainted with Video-on-Demand platforms can watch the previously released episodes. DirecTV, Hulu+Live TV, Xfinity, FuboTV, and YouTube TV all have live-streaming choices.

Our Kind of People Episode 9 Recap

Tyrique hasn’t been himself since the stadium project fell through and he learned his father had committed suicide. Playing house with Angela and Nate doesn’t help. Despite Angela’s best efforts, Tyrique has walked away from the situation. Teddy’s attempt to separate them is succeeding. Angela finds cocaine in the house and believes it is Nate’s. Angela warns Nate not to shatter Nikki’s heart. But we quickly learn that the coke belonged to Patricia, who had been absent for a few weeks. Patricia had a drinking problem in the past, but she is now clean. Her dealer, Darius, was also Tyrique’s father’s close buddy. Patricia killed Darius in self-defense one night. Eventually, Tyrique’s father Calvin contacted Eve, who then contacted Teddy. Patricia re-used Teddy’s secret to controlling her due to stress. Patricia advises Angela to never trust Teddy. Angela apologizes to Nate and confides in him about her recent schedule. Nate and Angela end up having a lovely kiss. Angela halts the situation. It’s definitely too early to start anything with Nate, especially because Tyrique’s future is uncertain.

This hasn’t been easy for Angela, especially because her fate is in the hands of Olivia, Leah’s overbearing monster-in-law. Leah tries to make amends with Olivia but discovers that her feud with Angela dates back years. Eve, Olivia, and Leah’s mother Rose were formerly friends. Rose encouraged Eve to join the Gracieties, and Olivia invested the money Vernon left her to show him she was a successful entrepreneur. Vernon lost faith in Eve after she had an affair with Teddy and left the state. Eve’s actions ended her chance to help run their family’s business. Olivia blames Angela for her mother’s misdeeds. Leah stands up for her sister and tells Olivia to be fair.

Olivia is enraged that Jack would so carelessly discard Darmon. Darmon isn’t her birthright because she married into the family, therefore she can only try to persuade him. Olivia has always been Jack’s cool second mom, and she continues to be so when they drink. It’s a bust. Olivia pulls aside a drunken John who tries to stop Olivia from leaving by clutching her arm. Jack’s death is convenient because his firm stock now goes to Raymond. Lauren and Taylor later find Jack’s body. Raymond understands his mother was involved in Jack’s death and she won’t be involved in the company. A minor character for most of the season, Olivia is set to become a major player in the following few episodes. Olivia is tired of men telling her no and undervaluing her. She will use her power and influence to achieve her goals. Leah is playing her father and having a hidden romance with Jack, and Lauren has been going through it since finding Jack Darmon’s hotel key in her mom’s car. This is why Lauren pulls Taylor away from Nikki, especially since Taylor has been in a similar circumstance.