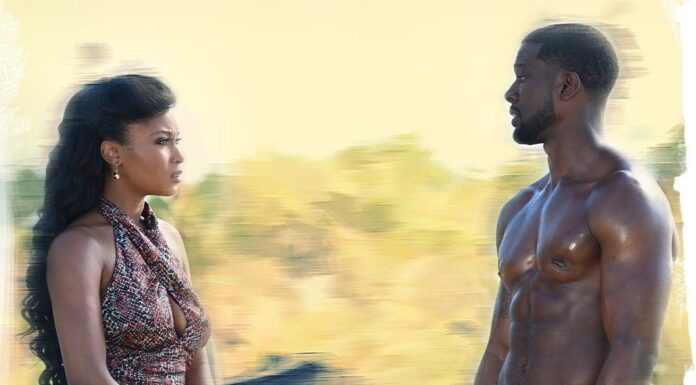 Teddy is alive in Episode 8 of Our Kind of People Season 1. Franklins are arranging a large party for his birthday party.. We never imagined that the day would arrive when Angela and Leah would genuinely like each other. The girls end themselves poolside, drinking and discussing their relationships. Nathan gets PTSD while shopping when he sees two officers looking in his direction. but the party ends with, Angela warning Nate that he is taking freebies by staying at Franklin’s house. Tyrique later shows up inebriated at Angela’s residence. Angela talks Tyrique down and he leaves. (Read the full recap below) What will happen in the next episode? From tvacute.com comes the trailer and synopsis for Our Kind of People Episode 9 titled “Twice as Hard, Twice as Good” In order to mentally prepare for the upcoming episode.

Our Kind of People Episode 9 Recap

Our Kind of People Episode 9 Spoilers

We are reaching the season’s climax. one thing to remember is this fall finale episode. Whatever occurs here will have a significant impact on the tale when it returns in the new year. Angela has been through a lot over the course of the last several episodes, and sadly, there is much more to come. In this episode, Leah and Teddy bring heartbreaking news to Angela; Piggy opens up to Angela about some of the mysteries from her past; and Angela takes efforts to ensure the future of herself and Eve’s Crown.

Our Kind of People Episode 9 Synopsis: Leah and Teddy deliver devastating news to Angela; Piggy confesses some of the secrets from her past to Angela; Angela takes steps to secure her and Eve’s Crown’s future.

Only three episodes left. Things will certainly grow crazier as we get through the remaining episodes, prepare for that. We can’t picture this program ending without a blast. As well as a massive cliffhanger will at the end. As the season finale episodes, 11 and 12  will be a two-hour extravaganza. Everything will sort of explode at that point.

Is there Our Kind of People Season 2?

Lee Daniels executive produces the soap Our Kind of People, which has drawn comparisons to the Lee-co-created Empire, which had a successful run on the network. The first season of Our Kind Of People has 12 episodes. Our Kind of People, starring Yaya DaCosta, was made for shorter runs. In the spring, Fox is likely to make a decision on the show’s future. Our Kind of People’s linear ratings has been dismal. Their long-term prospects are expected to be harmed by their low ratings performance. After 35 days, the series debut of Our Kind Of People has 4.3 million multi-platform viewers, up +162 percent from the Live+Dame Day linear delivery. It’s possible that the show would be better suited to a streaming platform. According to reports, the network is in talks with the series’ producers and is considering their Season 2 plans.

Our Kind of People Episode 9 will release on Tuesday, December 7, 2021, at 9 p.m. ET (8 p.m. CT) on Fox,  Available on Hulu. On iTunes, Vudu, Microsoft Store, Google Play, and Spectrum on Demand, fans who are acquainted with Video-on-Demand platforms can watch the previously released episodes. DirecTV, Hulu+Live TV, Xfinity, FuboTV, and YouTube TV all have live-streaming choices.

Our Kind of People Episode 8 Recap

Teddy’s birthday is coming up and the Franklins are arranging a large party. Leah pushes Raymond out of the house and tells everyone he’s on business. Teddy apologizes to Leah for the difficulty he has caused her in recent weeks. He is eager to make amends with all of his daughters. Teddy formally invites Angela to his birthday party. Raymond, meanwhile, is desperate to escape. Raymond warns Leah that she isn’t so innocent and has lied before, which has harmed their relationship. He goes to see his old boss Jack to get him to sign some papers to assist him in reclaiming his business from Teddy.  The sisters are steadily forming a close bond. Angela visits Leah at work and encourages her to take a much-needed break. Angela ejects Leah from her office for a “sistervention”. The girls end themselves poolside, drinking and discussing their relationships.

Jack finds Leah alone at the pool and apologizes for kissing her.. He apologizes but claims he’s always had affection for her and hands her his hotel key. Quincy is smitten with Salaone, one of the housekeeper’s daughters. They briefly discuss Quincy’s summer plans. Teddy yells at Raymond. Raymond assures Teddy he’ll reclaim his business and divorce him for good. Nikki is trying to spend more time with her father. Nathan is loving it. Nathan invites Nikki to go shopping with him for Teddy’s celebration. Nathan gets PTSD while shopping when he sees two officers looking in his direction. In a panic, he gives Nikki his lawyer’s number. This is traumatic for both Nikki and Nathan. Tyrique visits Teddy now that he’s out of the hospital. Tyrique feels somewhat responsible for Teddy’s heart attack and apologizes profusely. Teddy informs Tyrique that he was wrong to keep his father’s death hidden from him. They kiss and hug. Nikki avoids Nathan at Teddy’s Harlem Renaissance party. Tyrique refuses to discuss his sentiments over his father’s death with Angela.

Angela tells Leah that she might have retaliated against Raymond by sleeping with Jack, but she didn’t. The only way to properly rebuild a marriage, says Angela, is to be honest. Angela counsels Leah. Towards the end of the show, she and Raymond reconcile. Raymond visits Jack after the party, wanting to retrieve the documents he threatened to sign earlier in the episode. Jack tells Raymond that he sold his share of the company to Teddy for a better price. Jack also expresses his desire to pursue Leah. Raymond was enraged, to say the least. Raymond punches him. Leah’s automobile has a hotel key. When she phones the hotel, she learns that the room belongs to Jack Hammond. Angela offers Nate a room after talking to Nikki. Angela warns Nate that he is taking freebies by staying at Franklin’s house. Tyrique later shows up inebriated at Angela’s residence. Angela talks Tyrique down. Tyrique leaves.