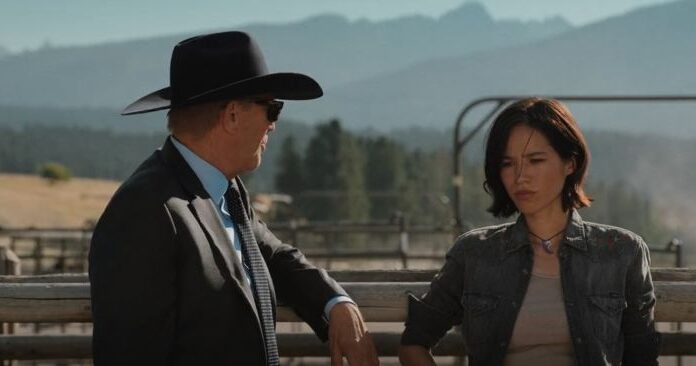 This season, Yellowstone has done a good job of startling viewers, but in the case of Episode 8, there is a more specific reason to anticipate huge things from the mid-season finale. Given that Yellowstone season 5 episode 8 will be the last one to air on the Paramount Network before the show goes on hiatus. Additionally, there will be plenty of surprises.  The eighth episode of “Yellowstone” season five is titled “A Knife And No Coin.”  Jamie (Wes Bentley) will go through with his plot to demand the impeachment of Governor John Dutton (Kevin Costner). This is something that has been hinted at in the Episode 8 teasers, but this definitely confirms it. The idea that John will seek assistance from his daughter-in-law Monica (Kelsey Asbille) is much more intriguing. This particular episode has a lot of ground to cover, so there is a lot to look forward to.  The information that you need to know about where and how to watch Yellowstone season 5 episode 8 is provided at tvacute.com.

On the Paramount Network, Yellowstone season 5 episode 8 will air at 8 p.m. Eastern Time / 5 p.m. Pacific Time on Sunday, January 1, 2023. there is a possibility that viewers would anticipate it to go for much longer than an hour. However, in order to receive the channel, you will require a cable plan. If you have already severed your ties with a traditional television provider, you can watch Yellowstone season 5 on a number of live TV streaming services, such as DirecTV Stream, FuboTV,   Philo, and Sling TV., and will ultimately be streamable on Peacock.  Through Amazon Prime Video, you can also buy the most recent and previous seasons of Yellowstone.

How to watch Yellowstone Season 5 Episode 8 from any location

Even though you might not be able to watch Yellowstone season 5 episode 8 when you’re away from home since Paramount Network isn’t available everywhere, it doesn’t mean you have to. Keeping up with the rest of the internet can be done in a rather simple manner. You are able to watch the show from any location as long as you have access to the proper VPN. ExpressVPN is our top pick for virtual private network (VPN) services because of how well it balances security, speed, and ease of use. Additionally, it is compatible with a wide variety of devices.

Where to watch Yellowstone season 5 episode 8 online for free

Is the Yellowstone season 5 episode 8 available to stream in the UK?

Yellowstone season 5 episode 8 is currently accessible on Paramount Plus, (January 2) which may be accessed by residents of the United Kingdom. After a free trial period of seven days, the service has a monthly fee of £6.99 and an annual fee of £69.90. Customers who already have a subscription to Sky Cinema are eligible to receive Paramount Plus at no additional cost.

Is the Yellowstone season 5 episode 8 available to stream in Canada?

Fans in Canada may additionally stream Yellowstone 5 episode 8 on Paramount Plus. Following a free trial period of seven days, the cost of the service is $9.99 CAD per month or $99.99 CAD per year.

How to watch Yellowstone season 5 episode 8 in Australia

When it becomes available on January 1, 2023, Australians who live in other countries can watch Yellowstone season 5 episode 8 on Stan.

Where to Watch Yellowstone prequel series 1883?