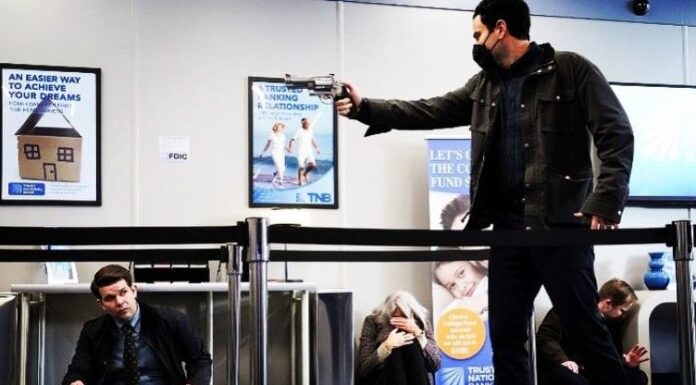 There is a lot of uncertainty surrounding Nina (Shantel VanSanten), Scola (John Boyd), and their child going into the FBI Season 5 autumn finale. After a guy named Vince (Will Sasso) is shot, his son Trevor (Bobby Hogan) delivers the FBI the bag of fentanyl he discovered in their car, and with his assistance, the agents are attempting to track down the source. That “later” ends up happening in the middle of the team’s case. By the end of “Fortunate Son,” they’re still figuring things out, even though a few things have already been determined.  (Read the recap here) Following what we saw tonight, are you interested in finding out when the next episode of FBI season 5 will air on CBS, as well as receiving a few more details about everything that is still to come?  www.tvacute.com has a spoiler for FBI Season 5 Episode 11 below. As a result, you’ll be able to mentally prepare yourself for the next episode.

In this episode titled “Heroes,” JOC analyst Kelly Moran (Taylor Anthony Miller) is kidnapped, It is obvious that CBS has no intention of providing an excessive amount of information for the upcoming episode, but on the other hand, is it absolutely necessary for them to do so? They are obviously placing their bets on the likelihood that the hostage crisis on its own will be well worth the cost of admission, and there is a good chance that this will be the case. After all, there are a lot of various topics that a narrative like this one may concentrate on, some of which aren’t even brought up in this account.  You can read the complete summary of the eleventh episode of the fifth season of FBI below.

FBI Season 5 Episode 11 will release on CBS on Tuesday, January 10, 2023, (8:00-9:00 PM, ET/PT).   The show will air on CBS and will be streamed live and on-demand on the CBS app as well as on Paramount+. Google Play, YouTube, DirecTV, Vudu, FuboTV, Microsoft Store, iTunes, Xfinity, and Spectrum are among the paid live-streaming and VOD alternatives available.