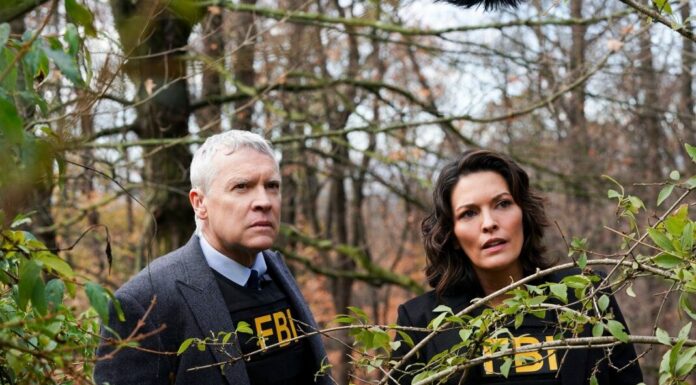 In FBI Season 5 Episode 10, Isobel is forced to get in touch with her former colleague Jake and give one of the cases that she worked on during her first year at the FBI another try after the kidnapping of a young woman brings the team’s attention back to a cold case that occurred eighteen years earlier. For a detailed explanation of everything that happened in the FBI Season, 5 Episode 10  Recap continue reading at tvacute.com.

A young woman was kidnapped while making deliveries. In the delivery car, the guy was holding out for her. Before she could flee, he surprised her as he was in the backseat. Chloe Rogers was now the target of this man’s gunpoint. She was required to take the other automobile to a secondary location where he was waiting for them. He had already thought out the entire scenario. Only after subsequently discovering the delivery car did the police become aware of it. They obtained security footage from the city showing the car being driven, but they still considered it strange that someone would steal a car with a huge pizza on it and dump it upstate. The man was captured on camera aiming a gun toward Chloe. Additionally, it led law enforcement to the kidnapping.

They initially believed they were only dealing with auto theft before seeing the video. The video was what alerted the FBI and the neighborhood police that Chloe was in danger. The FBI looks into kidnappings, which is how they discovered this case. They started by attempting to ascertain the time Chloe was stolen. Her employer reported her missing.Her boyfriend was also her boss. When she failed to return after making a delivery, he became concerned. He tried to call her, but he became anxious. She was once more in the corporate car, so he had to file a missing person report. In order to obtain insurance, it had to be documented. But Chloe hadn’t been seen by her boyfriend in a while. He also mentioned that she just got into a fight with a college student. She got into a confrontation with Brent Porter, the FBI discovered after investigating the incident. She was followed back to her hostel from a pub by him. On the security camera outside the hostel, they could be seen arguing.

It comes out that Chloe wasn’t her real name. When Brent first met her, she was Tasha. She once worked as a housekeeper, he claimed. She worked for his parents up until the time of the burglary and then vanished. That explains why he was so enraged to see her again. Regarding what she had done to them, he addressed her. They weren’t kidnapped by Brent. He had a defense. In order to determine Chloe’s true name which wasn’t Chloe or Tasha he also ordered the FBI to analyze her DNA. Annabelle Collier is her true name. When she was four years old, she was abducted. She was thought to have been murdered by a sexual predator who lived next door. On a technicality, the neighbor was recently let out of jail. Isobel Castillo (Alana De La Garza) , an FBI Special in Charge, and her partner had worked the case. They were adamant that Annabelle was deceased. They ceased their search for her. Her parents received reassurance that she had left. A few years later, her father suffered a heart attack and passed away. Her mother was also left alone.

Naturally, the man who claimed to have slain Annabelle was under suspicion for her second kidnapping. Isobel, or more accurately, her ex-partner, continued to think Eddie Lyman was behind Annabelle’s kidnapping. Jake thought Eddie simply sold Annabelle to a different predator while he was behind bars. He said that as soon as he was freed, Eddie got her back. Only they were able to find Eddie. Eddie claimed that Annabelle was never his. Never did he take her. He had no idea who did. He only admitted after being railroaded by an ineffective attorney and an overzealous FBI agent. Their man wasn’t Eddie. He nevertheless assisted the FBI in solving their present case. The FBI was able to identify at least six individuals who may have abducted Annabelle as both a child and an adult since the person who snatched Annabelle was wearing a class ring from the same school and year as Eddie. There was only one issue. It was similar to a little town in that area of Staten Island. They returned to the one person they were certain would be helpful because they couldn’t get anyone to talk without a prior connection. To Annabelle’s mother, they went. Joan also didn’t enjoy seeing them.

Being informed that her daughter had been alive all this time devastated Joan. She cited the FBI as the culprit. She claimed that if they had intervened, her daughter might have survived unspeakable tragedies. She was especially enraged with Jake because he downplayed her suffering. Jake just insisted that Annabelle’s continued existence was preferable to her demise. Joan was persuaded to speak by Isobel. A photograph of each of the six suspect guys was displayed to Joan. One of them was Jeff Whelan, according to her. He was her husband’s former employee. She found it admirable that he paid Annabelle such close attention despite the fact that he was an orphan whose parents had passed away young. She claimed that once Annabelle vanished, he stopped appearing.

It turns out that all those years ago, Jeff Whelan abducted Annabelle. He brought her upstate, had her act like he was her father, and managed to fool everyone. They all believed he was simply being too protective. When she went away from him five months ago, they assumed she was just being irrational. But when Annabelle tried to run away from him, he found her and kidnapped her once more. He visited a different tiny town. Nelsonville was called this time. With the help of his PO Box, they located him. Even though he was using a fictitious name, it was still him. When Whelan realized he was being pursued, he made an effort to run away. He left and returned to his cabin in the woods.

Whelan was followed to the house by the FBI. When he attempted to run away on foot, they pursued him. Whelan was captured, but he refused to reveal Annabelle’s location. The residence was investigated. It was set up to go off. They left on time. Isobel, though, had a strong feeling that Annabelle was still within. She entered the residence. She violated safety procedures and possibly breached a number of other laws, but she couldn’t let Annabelle down once more. Isobel remained in that house until she located Annabelle and freed her from a hidden compartment. After Annabelle and her mother were reunited, those scars were finally beginning to mend between the two of them. Isobel politely declined Jake’s invitation to a bar once the event was ended. Annabelle should have been discovered seventeen years ago. They are both aware of it.