CBS has cancelled the season finale of “FBI” [WHY] 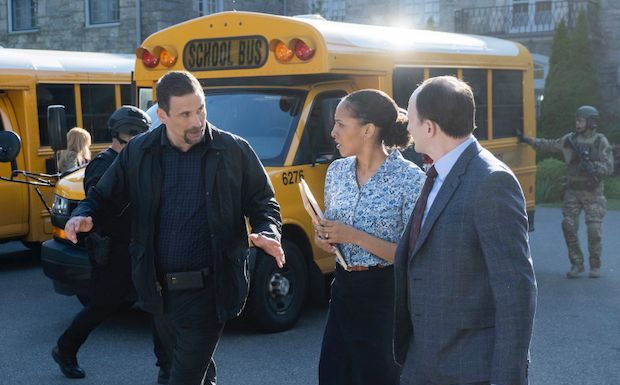 After a tragic school shooting in Texas, CBS has cancelled the season finale of “FBI.”
For the time being, our thoughts and prayers are with those who are suffering.

In light of the killing at a Texas elementary school on Tuesday that killed over a dozen children, CBS has cancelled the Season 4 finale (named “Prodigal Son”) of “FBI.” For the time being, both FBI: International finale and FBI: Most Wanted finale will air in their regular timeslots.

Because of the storyline involving a school massacre, the episode was cancelled. “As the team investigates a violent heist that netted the killers a cache of automatic guns, they discover one of the perps is a classmate of Jubal’s son, who is unwilling to cooperate with the case,” according to the official synopsis. The Season Finale will be replaced by a replay of “FBI.”

This episode would not be the first of its kind under executive producer Dick Wolf if it never airs. The most recent example is “Unstoppable,” an episode of Law & Order: SVU that was never broadcast because it was based on events surrounding the 2016 election.

The FBI finale’s new airdate has yet to be determined.

According to the Gun Violence Archive, there were approximately 200 mass shootings in the United States alone in 2022.

The shooting occurred at Robb Elementary School in Uvalde, Texas on Tuesday, May 24. According to Texas Governor Greg Abbott, the gunman, identified as Salvador Romas, killed 14 children and one teacher. Romas is also dead, and it’s suspected that responding officers killed him. Before going to Robb Elementary, Romas allegedly shot his own grandma.

REST IN PEACE: Fourth-grade teacher Eva Mireles was killed along with at least 14 students in a shooting at an elementary school in Uvalde, Texas. 💔🙏🏻 Here's what we know about the victims: https://t.co/lgbe4mvp8D pic.twitter.com/HG9eJZ6Imq

This is the country’s latest deadly mass shooting in recent weeks. An 18-year-old guy entered the Tops supermarket in Buffalo, New York, on May 14 and murdered ten people. Prior to the attack, the gunman published a long manifesto, which he also live-streamed on Twitch.