Why did Catherine & Craig leave The Amazing Race? [Updated] 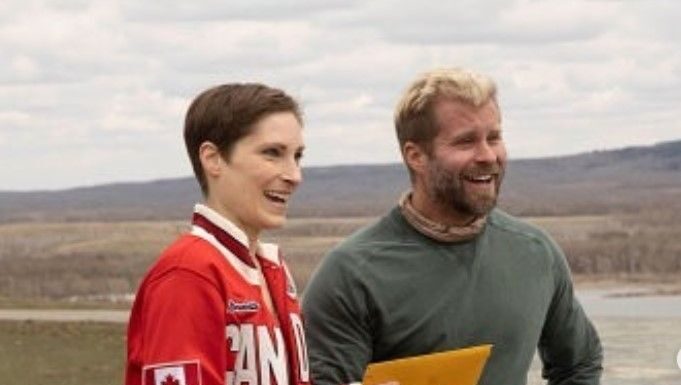 The Amazing Race show has always been one of our favorites, and we believe that it does an excellent job of showcasing both the geography and the culture of each area. Broadway performers Catherine & Craig have known each other for decades and believe it is possible to triumph against the odds. Finally, they leave the show tonight. What happened with them.  What caused Catherine and Craig to leave the competition in The Amazing Race Canada 8?  Let’s find out..

With Catherine Wreford Ledlow (42) racing in the midst of a protracted struggle against cancer, this duo has been a consistent fan favorite and source of motivation over the majority of the most recent episodes. Even though they triumphed in the most recent leg of the competition, it was ultimately irrelevant.

Because of the circumstances surrounding the COVID-19 pandemic, the teams of Catherine and Craig Ramsay (45), Court and Ali, and Dennis and Durrell were unable to continue competing in The Amazing Race. As a direct consequence of this, Cassie and Jahmeek, as well as Jully and Kathy, rejoined the competition in the capacity of replacement teams. During the leg in which both teams re-entered the race, they were given a Speed Bump challenge that they needed to complete successfully. The previous seasons of both this show and the American version of The Amazing Race have been negatively impacted as a result of it as well.

The show didn’t provide a lot of additional information, other than the fact that the health and safety of all of the candidates is the most important thing to take into consideration. Now, Catherine and Craig’s return for another season would be a dream come true for us. The two people in this scenario are victims of some unlucky circumstances that they had no control over.  I’m keeping my fingers crossed that the rest of the season won’t require any other kinds of adjustments to be made and that instead, we’ll be able to have a race that is both enjoyable and risk-free for everyone participating.