Alone Season 9 Episode 11: [Fight, Flight, or Freeze] Who among Juan, Karie and Teimojin will take the amount?? 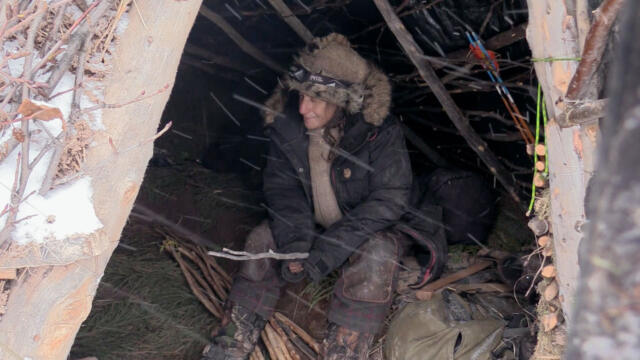 At the start of Alone season 9 episode 10, there are three competitors. these names are Juan Pablo, Karie Lee Knoke, and Teimojin Tan. What challenges did the contestants face to win the $500,000 amount? (read the recap below) After watching the tenth episode, Let’s move ahead. No one taps out at the end of the episode. They still remain. The contestants will now have to fight harder than ever. So, here’s what’s in store for Alone Season 9 Episode 11, www.tvacute.com’s everything we know so far about the new episode, including the release date.

Who is the winner of Alone Season 9? Name Revealed

Alone season 9 has a total of eleven episodes. The eleven episodes of Season 9 served as the finale and 100 episodes of the overall series. We are very near to knowing, Who is the winner of Alone Season 9? In the tenth episode of Alone Season 9, the only three surviving are Canadian Juan Pablo, Karie Lee Knoke from Sandpoint, Idaho, and Teimojin Tan of Canada still in the running.  In the eleventh episode, titled “Fight, Flight, or Freeze,” The last three competitors are still contending with the severe snowstorms and subzero temperatures that Labrador has been experiencing. They are pushed to their mental and physical limits, and as a result, they struggle more than they ever have before. One competitor is forced to put everything on the line as they take on a difficult task, and another loses the ability to hunt in order to survive. As the competition to reach the finish line heats up, only one of the remaining survivalists will be able to claim the grand prize of $500,000. Who among Juan, Karie, and Teimojin will take the amount? Watch  Alone Season 9 Episode 11 synopses for more thoughts on that and including watch the promo below.

Alone Season 9 Episode 11 synopsis, As days pass, the contestants continue struggling to battle Labrador’s harsh snowstorms and below-freezing temperatures. As their minds and bodies are pushed to the limit, they struggle more than ever before.”

3 people remain and the season finale is TONIGHT… who will win? Tune in tonight at 9/8c, only on The HISTORY Channel. #AloneOnHistory pic.twitter.com/SYMF02tAJH

Alone Season 9 Episode 11 will air on 4 August 2022 at 9/8c On History. New episodes are delivered weekly and each episode lasts approximately 93 minutes. Discovery+ distributes the show, which airs on The History Channel. If you can’t watch the cable TV show, you can watch it later on the official History website. You can also choose from live streaming platforms such as Fubo TV, Sling TV, DirecTV, and Philo TV where the show is available. You can rent or buy individual episodes or entire seasons on Amazon Prime Video, iTunes, and Apple TV.

What is the best way to watch Alone Season 9?

YouTube doesn’t have Alone’s full episodes. The History YouTube channel has much footage from multiple seasons. Full episodes aren’t available because Discovery+ and The History Channel are the main distributors. Discovery+ is a membership service that includes History, HGTV, TLC, and many more networks. Sling lets you stream shows like Alone online. Stack also serves Canadians.