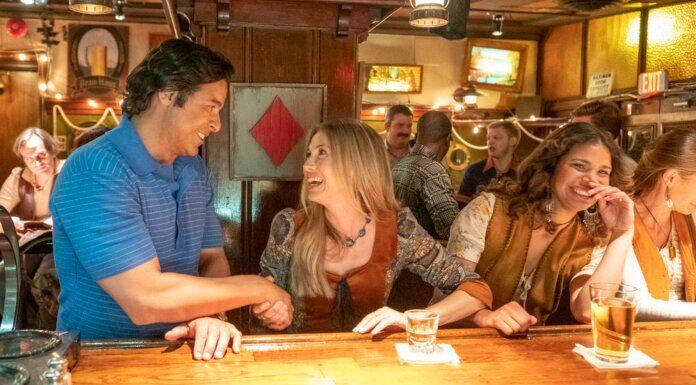 This Is Us  Season 6 Episode 15 will release on NBC in the U.S. at 9 p.m. ET/PT on May 3, 2022. Many of the primary mysteries on This Is Us Season 6 have been resolved, but some remain unsolved, such as where Miguel is in the flash-forward sequence. However, before fans can discover more about Miguel’s future, they must first understand his past. Miguel’s past and when and how he fell in love with Rebecca will be revealed in this episode.

In the final season episode 14, Kevin’s pre-wedding romance with Cassidy, Sophie, or the wedding singer is revealed. Three lucky ladies are in the running to capture Kevin’s heart. Who could it possibly be? It’s not that surprising, given that there’s one woman on This Is Us who has continuously returned to be a part of Kevin’s anarchy over the course of six seasons. Sophie is the main character. Sophie has always been Kevin’s favorite. So, how are we going to get to Sophie?  So, read the recap (below). Let’s move ahead.   www.tvacute.com has a promo, and full details for This Is Us Season 6 Episode 15 below. As a result, you’ll be able to mentally prepare yourself for the next episode.

This Is Us  Season 6 Episode 16: How to Care for their Mother Rebecca

This is us Season 6 Episode 14 Recap

This Is Us  Season 6 Episode 15 Recap

This Is Us Season 6 Episode 15 Spoilers

The title of episode 15 is “Miguel,” implying that viewers will learn more about Miguel’s past. We know a lot about the Big Three, Rebecca, and Jack, but not so much about Miguel (Jon Huertas) even though he’s been on the show since 2016. As the series nears its conclusion, tears will flow freely as we learn more about Miguel Rivas, who married Rebecca (Mandy Moore) years after her husband died, and his best buddy, Jack (Milo Ventimiglia). We see the “Big Three” come to terms with the new/old man in their mother’s life, and when he becomes her caregiver at the expense of his own health, they’re there to help him. One of the best stories I’ve ever seen. Miguel and Huertas’ place in the Pearson family history is confirmed in this charming story.

This Is Us Season 6 Episode 15 Promo [Trailer]

In This Is Us Season 6 Episode 15, the viewers will finally learn more about Miguel’s history after six seasons. According to the trailer, viewers will watch Miguel at various periods in his life. where Miguel is in the future when Rebecca is on her deathbed. Miguel and Rebecca’s reconnection after Jack’s death will also be revealed in tonight’s episode.

Synopsis: –  “Miguel over the years”.

‘This Is Us’ final Season 6: how many episodes are left?

This Is Us Season 6 Episode 15 Photos

Where to Watch This Is Us Season 6 Episode 15

This Is Us  Season 6 Episode 15 will release on NBC in the U.S. at 9 p.m. ET/PT on May 3, 2022. There are two ways to watch NBC: with one of the best TV antennas and with cable TV. It’s possible to watch NBC on a live TV service like Sling TV, FuboTV, Hulu With Live TV, and YouTube TV. If you already have no cable, you can still watch it.