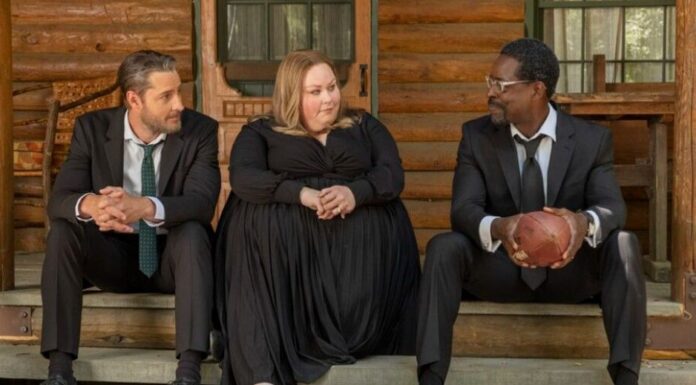 After six seasons and 105 episodes, This Is Us has finally come to an end with the series finale airing on NBC after six tear-jerking seasons. When it launched in September 2016, the ensemble drama received massive ratings and became one of the few breakout hits on traditional network television. It was also a critically appreciated performance. The cast won a Screen Actors Guild Award, and many of the main characters were nominated for Emmys, Critics’ Choice Awards, and Golden Globes. While Netflix and Hulu have gotten the most of the attention (and awards) in recent years.

Is Randall Going To Be President in This Is Us Finale?

This Is Us Season 6 Episode 18 Recap [Series Finale]

This Is Us  Season 6 Episode 18 [Final Chapter] US – It’s time to say Farewell to many Generations of Pearsons.

This Is Us comes to an end on Tuesday night . Continue reading to learn how to watch the This Is Us season finale and how to watch every episode of the hit program for free online.

When will the final episode of This Is Us air? Release Date and Time

The This Is Us series finale airs live on NBC, so if you have cable or a digital antenna (like this one from Amazon), you’ll be able to watch it on TV.

How to Watch This Is Us Finale Online

Don’t have cable or want to watch This Is Us online? There are a few options for watching the This Is Us season finale online.

1. Watch the final episode of This Is Us on Hulu + Live TV.

You’ll need an NBC-supported streaming subscription to watch the This Is Us finale online. Sign up for Hulu + Live TV and receive instant access to the This Is Us season finale via the Hulu app on your computer, phone, tablet, or connected TV.

As an added plus, Hulu has every prior season of This Is Us available to stream online, so you can use your subscription to watch the show’s This Is Us Final Chapter live and then go back to catch up on past seasons.

2. Watch the final episode of This Is Us on Peacock.

This Is Us is available to stream on Peacock, an NBC Universal streaming service. The show will not be available on Peacock.com until the day after the finale airs.

You may watch the This Is Us finale on Peacock after it airs live on Tuesday night if you’re willing to wait. Peacock’s free tier includes a limited number of episodes, with paid options starting at $4.99/month.

3. Watch the final episode of This Is Us on fuboTV.

FuboTV, which offers NBC in most markets, is another method to watch the This Is Us finale online. You also receive an unlimited DVR, allowing you to record the episode and watch it later on-demand.

This Is Us Series Finale available on Amazon

Individual episodes of This Is Us may be downloaded for $2.99 on Amazon Prime Video. Alternatively, you can download whole seasons for $19.99.

How to Stream the This Is Us Season Finale for Free