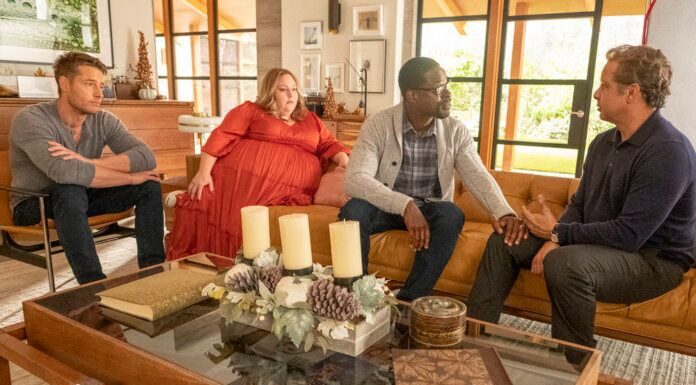 Fans had to say their goodbyes to Mandy Moore’s Rebecca in the penultimate episode of This is US, where they witnessed some of the most painful scenes in the entire series. “The Train” depicted members of the Pearson family expressing their gratitude to Rebecca for her significant contribution to their lives. While most flashbacks focus on Milo Ventimiglia’s Jack Pearson, this episode was dedicated to Rebecca and how she helped develop and sustain one of television’s best families. We’ve seen the characters learn a lot of things, fall in love, and inspire one other to get to this point. The cast is nowhere to cheer us on as we watch the season finale. Read on to learn how the This Is Us writer and actors characterize the show’s last episode.

This Is Us  Season 6 Episode 18 [Final Chapter] US – It’s time to say Farewell to many Generations of Pearsons.

Dan Fogelman, creator of This Is Us

The ending is described by Dan Fogelman, creator of This Is Us, as follows: We want [the finale] to be a bit of a hug for our audience who’s watched the show for the last four or five or six years. And I think we did it. I hope it makes people feel something and reflect on their lives and families.”

A little note to those who watched. #ThisIsUs pic.twitter.com/r0GOwXK6pw

According to NBC; Mandy Moore (Rebecca) says about the ending: “I would say the words to describe it will probably be satisfied and sad.”

[On how Ventimiglia’d summarise the ending in three words], Milo Ventimiglia (Jack): “Hope. You. Enjoy.”According to NBC.

Chrissy Metz (Kate) describes the ending as follows: “It’s ‘gonna make you feel good, warm, fuzzy, content. I think the nostalgia is ‘gonna be seeping from the TV screen. And we’ll be weeping. It will be a beautiful goodbye.” According to NBC

Chris Sullivan (Toby) says about the ending, “Joy, pain, and resolution. It’s what life is. Life is both of those things. It is joyous moments, and it is painful moments. And they always resolve.”