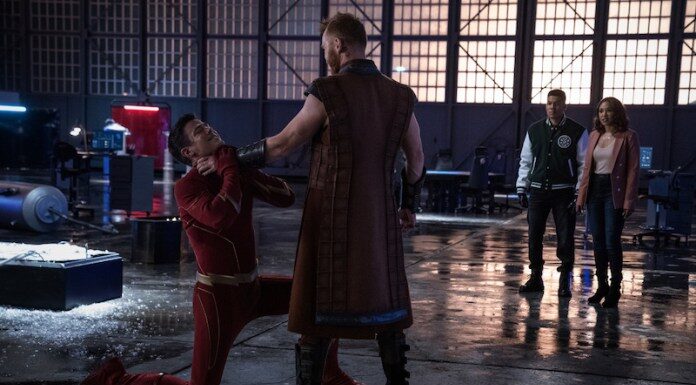 After a tumultuous seventh season of The Flash, the programme has been back on track since the start of season 8, and it all revolves around the five-part “Armageddon” event. Barry Allen has gone out of his way since Despero’s arrival to prove that he would never harm anyone in Central City (or anywhere for that matter). The alien warrior has given the Scarlet Speedster a time to prove himself, but things could be about to become worse for Team Flash after the events of this week’s second episode. And the episode leaves us with one simple question: Can Barry Allen (Grant Gustin), who has seen his parents die in front of his eyes, endure such a severe sorrow that he loses his mind? Yes, if Tony Curran’s Despero is to be believed.

The Flash season 8 episode 3 will include possibly the biggest crossover event in “Armageddon” yet. Black Lightning was an appearance in last week’s episode, but there will also be some other familiar faces in tonight’s episode. Take, for example, Batwoman, Alex Danvers, and Ryan Choi. From tvacute.com comes the trailer and synopsis for The Flash season 8 episode 3 titled “Armageddon, Part Three”  In order to mentally prepare for the upcoming episode.

The story isn’t over yet, things are about to get a whole lot worse. In Episode 4, Eobard Thawne will return, and you’ll get a chance to see someone new in the form of Damien Dirk.

The Flash Season 8 Episode 3 will release on Tuesday, November 30 from 8:00-9:00 p.m. ET on The CW.  You can watch the same episode the following day online on The CW app. Also available on Fubo TV | Hulu

Season 8 of The Flash opened with Barry Allen being faced by Despero, an alien enemy who had traveled for ten years in the Arrowverse’s distant future with the aim of killing the Flash. Despero warns Barry that he will succumb to insanity. Barry investigates a crazy security guard the next day, but Kramer orders him to surrender his badge due to a federal investigation into whether he was a CCPD mole for Joseph Carver. Later, following a radiation surge, S.T.A.R. Labs is raided and shut down, so Barry has Gideon wipe everything (including herself), while Chester and Allegra transfer their technology. Meanwhile, Alex Danvers assists Team Flash in their investigation of Despero’s home planet of Kalanor and the Flame of Py’tar, his power source. Allegra learns that despite his pacifism, Frost urged Chester to develop a weapon to harm Despero. Later, Barry chases after psychic meta-criminal Xotar, but she drives him insane and causes him to assault Team Flash, despite the fact that he is able to place the power-dissipating cuffs on her during a jewelry robbery. Barry proposes that they celebrate with Joe West, but Team Flash informs him that he passed away six months ago. After Xotar was depowered, news footage shows Barry beating citizens of Central City, but Barry has no memory of this or Joe’s death. Despero arrives to assassinate Barry, but Team Flash enables him to flee to the Hall of Justice, where he contacts Black Lightning and requests his assistance. The two heroes are getting ready to meet up and figure out what’s been bothering the Flash.