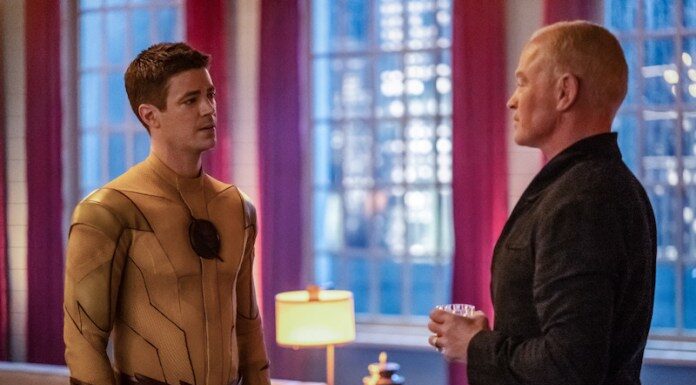 Barry invited several buddies to travel to town to help him fight Armageddon on The Flash Season 8 Episode 3. Despero, on the other hand, presented a startling secret about how the world will alter. Apart from this, Barry is at a party celebrating Thawne’s love for Iris, which ended on a terrible cliffhanger. As the crossover event “Armageddon” progresses, the Flash joins forces with Black Lightning, as Team Flash disintegrates and more recognizable figures from throughout the Arrowverse reappear in an attempt to avert the impending apocalypse.  From tvacute.com comes the trailer and synopsis for The Flash season 8 episode 4 titled “Armageddon, Part Four”  In order to mentally prepare for the upcoming episode.

The Flash Season 8 Episode 4 will release on Tuesday, December 7 from 8:00-9:00 p.m. ET on The CW.  You can watch the same episode the following day online on The CW app. Also available on Fubo TV | Hulu

Iris, on the other hand, sought help from a powerful ally during a difficult period. Barry asks Jefferson to remove his powers permanently in accordance with the Injustice Protocols. When Barry mentions Despero, he starts, but stops. Barry lashes out fiercely at Jefferson, but is eventually persuaded to take a step back. Meanwhile, Iris believes Barry was set up and Joe’s death was staged. She and Allegra look into his death, and they find a strange series of coincidences that point to foul play. She starts seeing temporal particles and meets with Deon Owens, who reveals that someone used the Negative Still Force to alter time and kill Joe. Cecile is also pressuring Rosalind Dillon to assist her in her search for Barry. Cecile is told by Dillon to hide her pain in order to help Chester’s progress, but Caitlin Snow persuades her to embrace her love instead. Despero activates the particle accelerator, absorbs its power, and launches an attack against Cecile’s team. He finds out where Barry is and travels there, but Jefferson, Iris, and Deon stop him. Deon informs Barry of his findings and transports him to the year 2031, when he has a vision of the future. Iris is celebrating her wedding to Eobard Thawne with Team Flash, Alex, Ryan Choi, and Ryan Wilder, who are not pleased to see him.