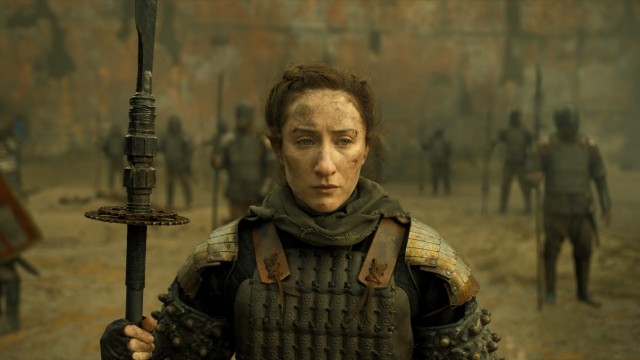 SEE Season 3 Episode 2 takes up immediately after Bow Lion was killed by the bomb explosion. Wolffie, Kofun, and Maghra are featured in Episode 302. The days for Maghra are getting harder and harder. Sibeth’s humor is included, along with the action, romance, suspense, diplomacy, two breakouts, and Baba Voss, of course. Baba is shocked by the Trivantian scientist’s assault. Never has there ever been a weapon so potent in his entire life, or in the lives of anybody else he knows for that matter. Baba makes an effort to define this weapon.   If you’ve been watching this one, finding out when the next episode will air might be of interest to you. So, no more wondering! (tvacute.com) Here is all the information you need for  See Season 3 Episode 3, including the air date, and time.

There will be eight episodes in Season 3. All episodes are directed by Anders Engström. The first episode will air on August 26, 2022, and the season finale will air on October 14, 2022. See Season 3 Episode 3 will release on September 9 only on AppleTV+. you can watch the first two seasons of See only on AppleTV+.

“This Land Is Your Land” is the title of the third episode.  Wren makes her way to Pennsa, where she divulges knowledge regarding Tormada’s schemes. Chief science officer Tormada will go in search of Wren. He is testing his new invention in her land. Tamacti Jun makes one last attempt to put an end to the uprising of the Witchfinders. Even after Tamacti’s threat, witchfinders will burn sighted people. Missing Sibeth Either she escaped or Ambassador Trovere took her. After Baba’s attack, the Ambassador may have instructed her guards to grab Sibeth and leave. Baba will keep attempting to convince Maghra to get ready for battle.

Steven Knight, who created the BAFTA-nominated television series Peaky Blinders, wrote the series, while Francis Lawrence served as executive producer.. Momoa will be joined by a star-studded cast that includes Christian Camargo and Sylvia Hoeks from Blade Runner 2049.

Baba, Lu, and Ranger make it out of the Trivantians’ assault alive. Not so fortunately for Bow Lion Maghra has apprehended the misguided witchfinders who burned a guy alive in Pennsylvania. She must decide their fate in her capacity as Queen. Tamacti Jun is hired once it becomes difficult to disband the witch hunters. Lord Harlan and the Trivantean ambassador’s affection has since been reignited in the meantime. Maghra is also having trouble deciding how to handle Sibeth. Trivantians from the north are urging her to offer them Sibeth; their familial ties are making her hesitant, and Sibeth is attempting to elevate Maghra to the position of queen.

Wren, on the other hand, has seen the damage the new weapon is capable of. She is also aware of the intended recipient. Given that her ex-girlfriend possibly the light of her life will become a victim, losing her, she can’t just let this happen. Kofun discovers something unexpected. Wolffe, his kid, is blind. He keeps this a secret from everyone. Baba Voss learns a few things before the program comes to a close. In Pennsylvania, Baba makes an appearance. Despite the attempts to alert them to the danger they face, too much is transpiring, and he does, admittedly, not adopt the most advantageous strategy. His actions jeopardized a fragile peace agreement. He finally realizes that much has occurred while he has been absent. He learns that Sibeth murdered Paris and is the mother of Kofun’s son. He rushes to see Sibeth in jail out of wrath only to find that she has fled.