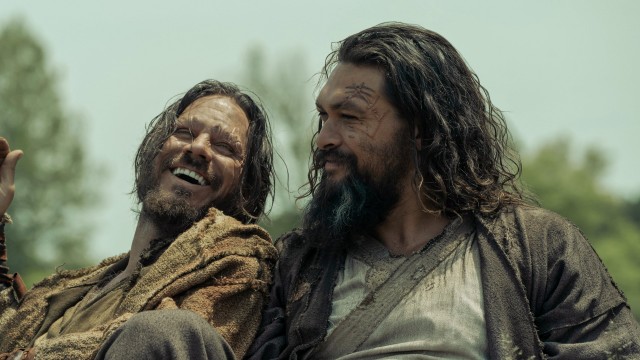 See an AppleTV+ science fiction drama series set in a post-apocalyptic dystopia where humanity lost its capacity to see, welcomes Jason Momoa back for its third and final season. The first season debuted on the streaming service on November 1, 2019, while the second season debuted on August 27, 2021, two years later.  Fans of post-apocalyptic dystopian shows have given the series overwhelmingly positive to mixed reviews from critics and audiences, and it has gained enormous popularity overall.

In the second season of See, Baba Voss battles Edo Voss (Bautista), his younger brother, who wants to get revenge on Baba. Conveniently, Payan’s rival country, Trivantian, has appointed Edo as its Commander General. The impending final season is anticipated to tie up all the loose ends and bring a satisfying resolution to the plot, with a number of unresolved issues hanging in the distance. (tvacute.com)We may anticipate that Season 3 will bring a conclusion to the events of See’s first two seasons in light of what happened in Season 2.

When Will the Third Season of “See” Arrive?

See’s the third season is slated to debut on AppleTV+ on August 26, 2022, as stated in the show’s release from June 2022. new to the program? Before beginning Season 3, you can watch the first two seasons of See only on AppleTV+.

Momoa will be joined by a star-studded cast that includes Christian Camargo and Sylvia Hoeks from Blade Runner 2049. .

See, there will be eight episodes in Season 3. All episodes are directed by Anders Engström. The first episode will air on August 26, 2022, and the season finale will air on October 14, 2022. A brief synopsis of the third season of the show was also posted on Apple TV’s official YouTube channel along with the trailer:

”In season three, almost a year has passed since Baba Voss defeated his nemesis brother Edo and bid farewell to his family to live remotely in the forest. But when a Trivantian scientist develops a new and devastating form of sighted weaponry that threatens the future of humanity, Baba returns to Paya in order to protect his tribe once more.”

See returns to the prehistoric future in Season 3, precisely a year after Baba Voss (Momoa) vanquished his brother and ultimate adversary Edo Voss (Dave Bautista). After that, Baba Voss breaks off contact with his family and spends the remainder of his days alone in the forest. But a Trivantian scientist creates sighted weapons that might potentially bring about the extinction of humanity, disturbing his tranquility. Once more, Baba Voss is forced to return to his home and defend his clan from the evil that follows.

Even if See has ended, viewers can still look forward to more Momoa content on Apple TV+ in the future. The Aquaman actor will serve as the series lead in the upcoming Chief of War. The actor will executive produce, write, and star in the film. Momoa makes his writing debut with Chief of War.