[Series Finale] New Amsterdam Season 5 Episodes 12 and 13: What to Expect 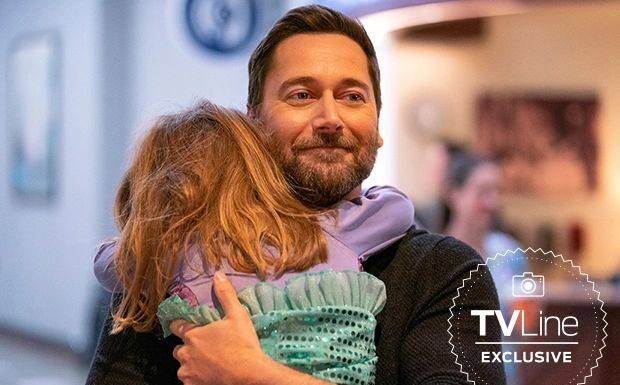 The docs of the New Amsterdam are nearing their final days. New Amsterdam Series finale episodes will release on Tuesday, January 17, 2023.

In New Amsterdam Season 5 Episode 11, Max came to a conclusion regarding what or who he actually desires. And in order to arrive at that realization, he put a few of his colleagues through the ordeal of hiking through the mountains. he tells Floyd that because Helen (Freema Agyeman) is no longer in his life, seeing her was like encountering a ghost. Helen texts him to see him tonight.  Max eventually presents Elizabeth (Sandra Mae Frank) with Helen’s texts. He claims he’s not going, she responds that he should consider Helen and his true desires. Max sees Helen through the bar’s glass but he doesn’t enter. He instead knocks on Elizabeth’s door and gives her a kiss.  when Martin (Mike Doyle) visits the emergency room to check on Iggy Therefore, the divorce papers are signed at the end of the episode. Do you want to know when the New Amsterdam series finale will air after the shocking events of the episodes? www.tvacute.com has a promo for New Amsterdam Season 5 Episodes 12 and 13 below. As a result, you’ll be able to mentally prepare yourself for the next episode.

To the surprise of all the Wildwin fans who have grown to adore their romance, they shared a romantic kiss, and now their relationship is official. In the realm of romantic endeavors, one pair may be progressing in the right direction while another couple is working toward finalizing their divorce. What exactly store for New Amsterdam Series Finale?  TVLine has the exclusive first look at the two-hour series finale In the first image below, Max is shown smiling while cuddling his daughter Luna. The hospital staff members Elizabeth, Lauren, Casey, and more applaud the patient in the second picture below. We don’t know for sure who’s on the receiving end. Perhaps they are supporting Max’s most recent initiative to aid New Amsterdam. Or perhaps they’re praising him for his dedication to the position?

Showrunner David Schulneralso hinted that “the finale has a lot of surprises in store… numerous revelations and U-turns. Up until the very last second of the show, you won’t know where it falls. According to the synopsis, While Max is learning a secret about his own battle with cancer, he and Wilder are faced with a difficult decision about the approval of a groundbreaking cancer medicine.  we hope that there will not be a tragic series ending for Max, who has been battling cancer throughout the run of the show.

Max and Wilder face a dilemma over approvals for a revolutionary cancer drug as Max learns a secret about his own bout with cancer. Reynolds goes the extra mile to correct a dire medical situation. Iggy tries desperately to help a woman in need.

New Amsterdam Season 5 Episode 13 [How Can I Help?] Synopsis

How to Watch New Amsterdam Season 5 Episodes 12 and 13

New Amsterdam Series finale episodes will release on Tuesday, January 17, 2023, on NBC  (09:00 PM – 10:00 PM).  Each episode is expected to last roughly 40 minutes on average.  One of the worst things about this season is that there are only thirteen episodes left and we’re already getting close to the end.

New Amsterdam will be available on Hulu and NBCUniversal’s own streaming platform Peacock the day after it airs on television. Note that only earlier seasons are available on the free edition of Peacock. Traditional cable/satellite pay-TV subscribers can watch New Amsterdam because it is an NBC show. A TV antenna can also take up local NBC stations. Of course, if you use newer live TV streaming providers. NBC is still prominent on major platforms including Fubo TV, Hulu with Live TV, Sling TV, Direct Stream, and YouTube.