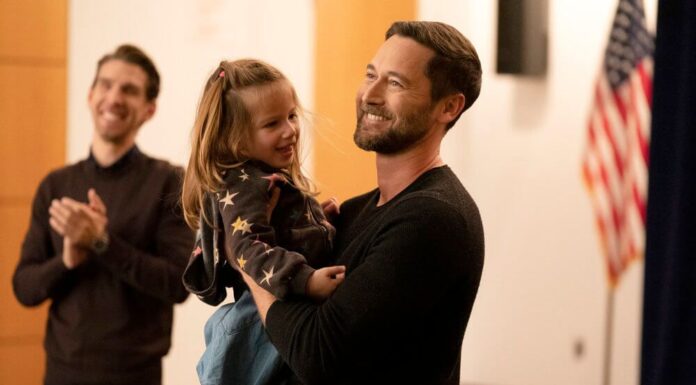 After five seasons, the medical drama New Amsterdam will finish tonight with two back-to-back episodes. The final episodes of the New Amsterdam Series will air on NBC on January 17, 2023. (09:00 PM – 10:00 PM) on NBC.  This drama about the chaotic life-and-death events that occur at New York City’s oldest public hospital has been going strong for five seasons thanks to the guiding philosophy of Dr. Max Goodwin (Ryan Eggold), the show’s idealistic medical director.  Check out the teaser trailer for the New Amsterdam finale below, where you’ll also find information on Where to Watch New Amsterdam Season 5 Episodes 12 and 13 online in its.

First, in the episode “Right Place,” Max and Wilder (Sandra Mae Frank) face a dilemma over approvals for a groundbreaking cancer drug at the same time that Max discovers a secret about his own battle with cancer.  second, Jocko Sims goes above and beyond to help a patient in need; and third, Dr. Iggy Frome (Tyler Labine) desperately tries to help a woman in need but discovers the system seems to be against him. The series finale episode, “How Can I Help,” brings everyone’s tale to a shocking yet inevitable end. there is a satisfying twist at the end that gives us a glimpse into the future of the hospital. Guest starring as Ben Meyer is Conner Marx.

Where to Watch the New Amsterdam Series finale Online?

The day after it airs on television, New Amsterdam will be accessible on Hulu and NBCUniversal’s own streaming service Peacock. Keep in mind that the free version of Peacock only offers early seasons. Due to the fact that New Amsterdam is an NBC  program, traditional cable and satellite pay-TV subscribers can view it. Local NBC stations can also be picked up with a TV antenna. Naturally, if you utilize more recent live TV streaming services. On significant platforms includingFubo TV, Hulu with Live TV, Sling TV, Direct Stream, and YouTube, NBC continues to be dominant.