Is Animal Kingdom based on a true story? Explained Following its debut in 2016, the television series Animal Kingdom quickly gained traction, and it is still a global hit five seasons later. The final sixth season of Animal Kingdom is on the way.

However, it wasn’t the first time the crime-filled story has been adapted for the cinema. The television show was based on the same-named film released in 2010. Even more intriguing, that film was inspired by true events that took place here in Australia. Despite the fact that the television series is set in the United States, its plot is quite similar to that of its predecessor film, which was written by David Michôd. The story concerns a teenage kid who moves in with his estranged relatives, The Codys when his mother dies. 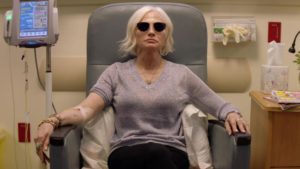 The family is involved in the criminal underworld, led by Smurf, a female boss. Our main character becomes embroiled in the dark and dark criminal realm here as well. Loyalties are put to the test, as violence and suspense lurk around every corner. It all adds up to a fascinating watch. So, what happened in real life that prompted the writing of this story? The genuine story that inspired Animal Kingdom is told here.

Is Animal Kingdom based on a true story?

While the series’ plot isn’t based on a true story, the series’ roots do have a real-life tie to events that occurred in Melbourne, Victoria throughout the 1980s and 1990s.

According to The Guardian, David Michôd, the writer of the 2010 Australian film that became a US television series, was inspired by infamous gangland crimes, notably the Pettingill family. The writer also stated in an interview that the Walsh Street shootings in 1988 inspired some of the stories.

He started writing the script when he was 18 years old, noting his interest in actual crime and the fact that he finds crime literature “a weirdly valuable cultural and topographical guide to the city.”  Let the cast alone persuade you to see the film if you haven’t already—Australian superstars Guy Pearce, Joel Edgerton, and Dan Wylie are standouts.

While the characters are fictional, the storyline of both the film and the US series is based on real crimes in Australian history, which is no minor feat given the show’s international popularity. 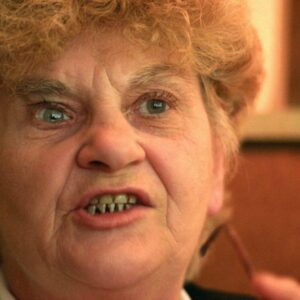 Animal Kingdom is based on the same-named Australian film from 2010. In turn, David Michôd’s film was inspired by the Pettingills, a real-life crime family. While the Codys are known for their robberies and follow a family-first ethos, the Pettingills have a darker past than their fictional counterparts.

Kath Pettingill led the Melbourne-based crime family, which comprised her ten children, who were charged with crimes ranging from armed robbery to murder. Kath was engaged in several of the atrocities, both directly and indirectly, giving her the moniker “Evil Granny.” Her oldest son, Dennis Allen, dubbed “Dr. Death,” went on to become one of Melbourne’s most notorious gangsters. Dennis a speed addict himself largely dealt in drug trafficking and distribution after serving a shorter jail sentence for rape. Despite the fact that he is accused of brutally murdering 15 people, he earned his nasty moniker.

While Dennis received the majority of the attention, Kath’s other children were anything but innocent. Victor Pierce and Trevor Pettingill, two of her sons, were charged with the murder of two Victorian police officers in 1988 but were acquitted. Another famous name was Peter Allen, who was sentenced to 28 years in prison for his actions. Peter managed a rich heroin empire in addition to being a vicious armed robber. Kath’s other children all have minor criminal records or have been accused of committing various crimes. Vicki Brooks, Kath’s oldest daughter, later turned against the family and testified against Victor and Trevor in their murder trial.

What is the premise of Animal Kingdom?

Joshua ‘J’ Cody, the protagonist of the television show, lives with his relatives and grandma, also known as Smurf. The fifth season has mostly focused on the aftermath of Smurf’s death, as well as J and the Codys’ efforts to maintain their alliance in the absence of a leader. Of course, Smurf isn’t gone forever; we’ve seen her flashbacks throughout the season, painstakingly piecing together clues and references in relevance to her family’s current situation. A sixth and final season, which airs on June 19, 2022