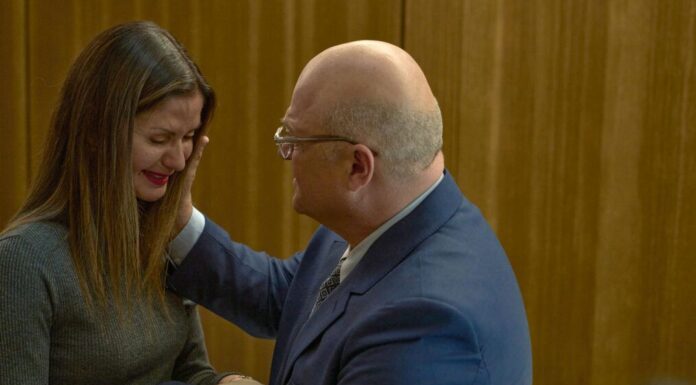 Fox deserves praise for changing up the legal-drama model with the series ‘Accused’ which places the defendant at the center of each episode. Dramatic stand-alone anthologies are uncommon on network television. Through a series of ethically troubling parables, the reason the defendant is on trial is gradually revealed in flashbacks. In the chilling premiere, Michael Chiklis (The Shield) portrays Scott, a respected neurosurgeon who is concerned that his bullied and antisocial teenage son may be capable of horrible violence. Scott’s wife, Jill Hennessy, encourages him to get in touch with their kid, but this has unanticipated results. Who plays role in FOX’s Accused episode 1?  (tvacute.com) we have everything about the cast members.

The character of Scott Corbett, a doctor, is played by Michael Chiklis. Corbett’s kid is allegedly preparing an attack on a school, according to Screenrant. Chiklis, who is anticipated to have a significant part in the series premiere, looks amazing in the video. He played Vic Mackey in The Shield, winning a Golden Globe in 2003. After a long career, Chiklis has been cast in several notable films and TV shows in the 2000s, including Fantastic Four and Fantastic Four: Rise of the Silver Surfer, American Horror Story: Freak Show, Gotham, and others. He appeared in Adam McKay’s Winning Time and Coyote in 2021.

A Canadian actress and singer by the name of Jillian Noel Hennessy. She is most known for her appearances in Crossing Jordan, where she portrayed the main character, Jordan Cavanaugh, for six seasons, and Law & Order, where she played lawyer Claire Kincaid for three seasons.

A cast member of Fox’s Accused is the actor Wendell Pierce. Although specifics about Pierce’s character are not fully revealed, he appears to portray a law enforcement officer in the show’s trailer and has an imposing presence. Over the years, Pierce has played a number of iconic parts on television and in movies, such as Bunk Moreland in HBO’s famed crime drama series The Wire, His other significant television appearances include Clarence Thomas in Confirmation, James Greer in Tom Clancy’s Jack Ryan, Robert Zane in Suits, and  Antoine Batiste in Treme. For his roles in the movies Four (2012) and Burning Cane (2019), on which he also served as producer, he received Independent Spirit Award nominations. The parts in Malcolm X, Waiting to Exhale, The Gift, and Clemency are among other important movie appearances.

Accused also features a number of additional actors in major supporting or small parts, such as: