Is [FOX] ‘Accused’ Episode 2 Ava’s Story based on a true story? 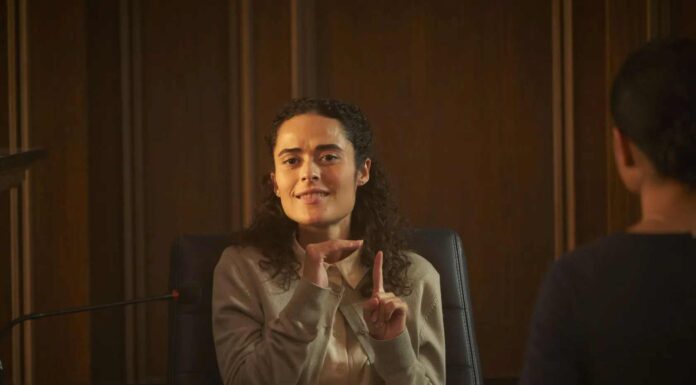 The new criminal drama on Fox, “Accused,” is based on the award-winning BBC series of the same name written by Jimmy McGovern. Each episode stands on its own, including a new cast and storyline that deals with the aftermath of a crime and the moral questions that arise from it. In the second episode directed by Marlee Matlin which is titled Ava’s story, Jenny (Megan Boone) and Max (Aaron Ashmore), who have a newborn baby, find out that their child is deaf. Ava (Stephanie Nogueras), the surrogate who carried their kid and who is also deaf, continues to feel a connection to the child even though she is unable to hear or speak. Because Jenny was only a teenager when she gave birth to a child, her boyfriend KJ (Joshua Castille) is concerned that she may be suffering from postpartum depression.

Jenny placed her child for adoption after giving birth to the child. Ava believes that it is unethical to implant a child with a cochlear implant without first obtaining the child’s permission, which she learns when she pays a visit to the parents. Max has been a strong advocate for the newborn girl to receive a cochlear implant. She is of the opinion that they shouldn’t try to change the girl’s deafness by surgical intervention but rather should embrace her as she is. When Jenny and Max’s disagreement escalates to a high level, Ava does the one thing she believes to be her only option for protecting their child from harm. There are a lot of important questions brought up by this episode, if you’re wondering if the second episode is based on a true story or not, (tvacute.com) has everything about Accused Episode 2 Ava’s Story.

Is ‘Accused’ Episode 2 Ava’s Story based on a true story?

Yes, ‘Accused’ Episode 2 Ava’s Story is based on a true story. The irony here is that Gordon’s original concept was just a surrogacy episode inspired by a true story he read about a baby born with Down syndrome. The concept of the deaf surrogate came from Maile Meloy, a short story writer, and acquaintance of Gordon’s whom he had presented the show to at a party. Since Meloy was playing a deaf character on the Netflix show “Society,” she had been attending American Sign Language (ASL) classes. Even though the show was canceled because of the epidemic, she kept studying ASL and researching Deaf culture. – (LA Times)

Meloy had also recently finished reading “Far From the Tree” by Andrew Solomon, which discusses how children don’t always take after their parents in terms of personality. Meloy understood that Solomon’s writing on the topic of scientific progress outrunning the ethics of the day was also applicable to the issue of deafness. Matlin was brought in during the outline phase and read over all of the drafts. Meloy already had faith in Matlin’s abilities before they even started filming.

Accused’ Episode 2 Ava’s Story does appear to be influenced by real cases. Crystal agreed to serve as a surrogate for a New York couple in the year 2011. It is not possible to say for certain whether the writers were explicitly inspired by Crystal while creating Ava’s story; yet, there are some parallels that appear to exist between the two. It’s evident, though, that they were motivated by stories like these to paint an accurate image of what happens when surrogacy doesn’t go as planned for the people involved. The network procedurals or the endless stream of true-crime documentaries and “inspired by real-life events” streaming shows, and crime stories have long-powered television. “Accused,” a Fox anthology series, has all the makings of a long-running smash, from its outstanding producers to its engaging idea to its impressive guest stars and episode directors.