Fantasy Island Reboot Season 2: Everything We Know So Far 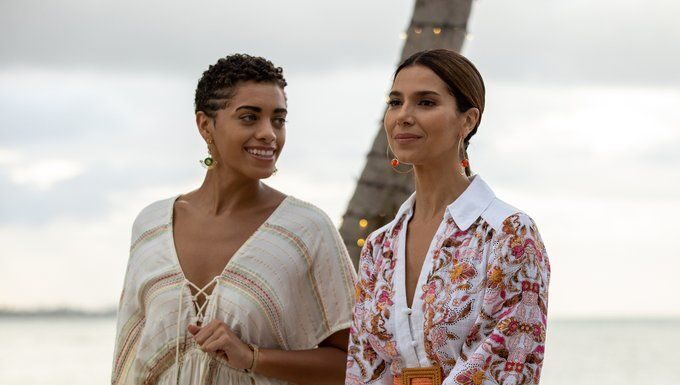 Roselyn Sanchez reprises her role as Elena Roarke, a descendant of the original Fantasy Island‘s Mr. Roarke. The revival continues the 1977 series’ premise, with different guest stars appearing on the show each week, each with their own emotional baggage. These characters aim to attain some type of peaceful resolution inside themselves by the end of the episodes. However, this isn’t always the case. The show was renewed after the success of the first season. Here’s all (tvacute.com) we know about the second season of Fantasy Island Reboot.

When will the second season of Fantasy Island be released?

Fantasy Island Season 2 which was supposed to return for Season 2 on May 31, has been pushed back to Fall 2022 according to tvline.  The release date for Fantasy Island season 2 has been announced. On January 2 at 8 p.m. ET/PT, the new season will premiere on FOX.

Fox’s Fantasy Island is a remake of the original 1977 series set at a luxury resort where guests can have any fantasy they want, however they rarely come true. Season 1 ended with Ruby Akuda (Kiara Barnes) running into her husband Mel (Adain Bradley) on the island, who was caught in the limbo between life and death. Mel eventually phases off into “eternity” after the couple shares an intense 24 hours together. Ruby (Roselyn Sanchez) is Elena Roarke’s (Roselyn Sanchez) number two in command once her husband is gone. Elena, speaking of Elena, viewers learn in the conclusion that she was originally set to leave the island with her fiancé. She was planning to leave the mysterious Fernando to take her place at the time, but the island itself was not a fan of his and retaliated. As a result, she decided to remain on the island. Fernando, on the other hand, was dissatisfied with her decision and felt betrayed because he would no longer be in command.

The start of a beautiful partnership. 🙌

The plot of the second season of Fantasy Island

As season 2 resumes, viewers of Fantasy Island can expect to learn more about the interaction between Elena and Fernando. Furthermore, with new visitors arriving on the island, fans of the show may expect some heartbreaking moments from each of the new people.

“Fantasy Island is truly a standout for us,” said Michael Thorn, the network’s head of entertainment. The first few episodes, as well as the fantastic guest stars we’ve lined up for this season, are just so much fun and escapism that we can’t wait to get it back on our air.”

Two more images of Hatcher and Denton from Fox’s reimagined Fantasy Island have been released by TVLine. In this episode, They discover themselves as contestants in a bizarre game show that revolves around their marriage as they look for clarity on the next chapter of their life. The game show, which is hosted by another celebrity guest star Andy Richter, has high stakes because the loser would be subjected to quicksand punishment.

What is the best way to watch Fantasy Island season 2?

Fantasy Island Season 2 premieres live on FOX  in the United States. Those who do not have access to traditional cable or satellite television can watch episodes live on services like  Fubo TV, Hulu with Live TV, Sling TV, and YouTube TV. Are you unable to watch the episodes when they first air? It’s no problem. On Hulu, new episodes will be available to stream the next day. Season 1 of Fantasy Island is also available to watch on Hulu and Fox.com.