Everything we know about The Boys Season 3 Release Date, Cast, Videos, Many More 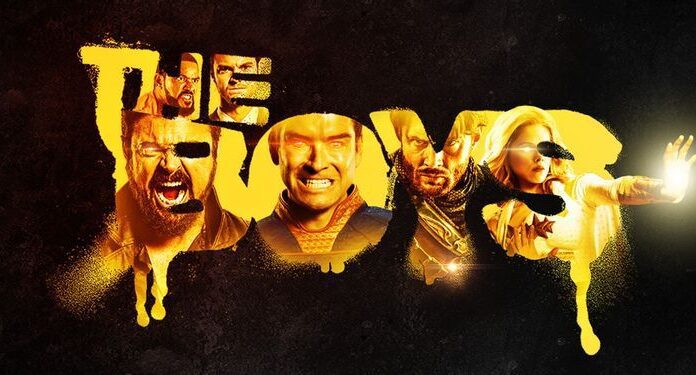 This week, The Boys will be back! Billy Butcher (Karl Urban) and his gang face up against Homelander (Antony Starr) and the powerful Seven in what is sure to be a devilish Season 3. Will the Boys’ fight against Vought get greater traction? Will the conglomerate be able to cheat its way back into the public’s good graces? one thing we know about the drama, it’s that it never ceases to surprise and concern us. Everything we know about The Boys Season 3 has been provided by tvacute.com.

When will The Boys Season 3 Episodes be available on Prime Video? what is the Time Schedule??

The Boys Season 3 Episode 4: What to Expect??

The Boys Season 3 has a release date. On June 3, three episodes from the third season of The Boys will be released on Amazon Prime Video. After that, a new episode will air every Friday and will be accessible to stream until the season finale on July 8. There are a total number of eight episodes in the Boys season 3. The Boys seasons 1 and 2 are now available on Prime Video.

Who is in the cast of The Boys Season 3?

Jensen Ackles (Supernatural) joins the cast as Soldier Boy this season. Soldier Boy was another recipient of Compound V during WWII, according to the comics, who went on to serve for Vought for decades.

The first look snapshot of the Supernatural Soldier Boy dressed up in costume was released by Amazon.

Take a look at Crimson Countess. The Boys Season 3 will introduce at least five new superheroes, but Laurie Holden’s Crimson Countess is the first to be seen.  The Boys With a close-up photo of Soldier Boy’s shield on Instagram, Ackles teased the unveiling. He wrote, “Every dent, every scrape, every mark tells a narrative.” “It’s a story that finishes with me triumphantly.”

The Boys Season 3 teaser trailer dropped on March 12 during the show’s featured session at SXSW, and there’s a lot to analyze even though there’s no conversation. Soldier Boy makes his first appearance in the trailer, however, it’s only for a few seconds in between action shots. He does appear to be able to throw a punch, though. The second thing to note is that Billy possesses supernatural abilities!

On Monday, May 16, the first full-length trailer for The Boys Season 3 was released, and there’s a lot to unpack. First and foremost, we’ll be picking up around a year after Season 2’s events. Homelander is making the rounds in the press to try to repair his image after a very public love affair with a Nazi. He claims he just “fallen in love with the wrong woman,” but it’s evident that Homelander’s mind is about to crack, and it won’t be good for anyone. But it’s Billy who is the center of attention here. Soldier Boy, on the other hand, is a unique character. He’s resurfacing from what appears to be a cryogenic capsule. We know he’ll be talking with Billy.

Is there going to be a fourth season of The Boys?

According to Amazon, The Boys will return for a fourth season. The series, which premiered on July 26, 2019, got renewed for a third season in July 2020.