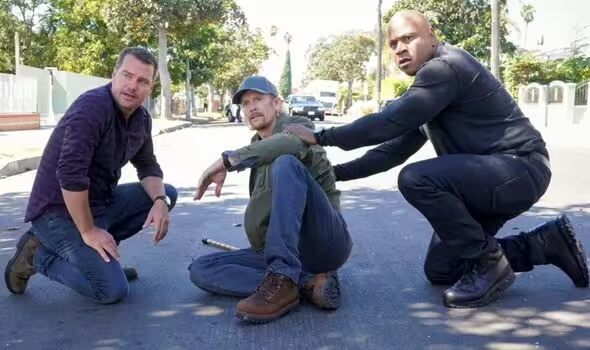 NCIS: Los Angeles is a program about an NCIS section that catches dangerous and elusive criminals that threaten national security. This highly trained team goes deep undercover and uses cutting-edge technology to bring down their targets. This close-knit unit protects national interests with high-tech gear and life-threatening scenarios.  After last week’s massive three-way crossover on CBS, Fan favorites Lance Hamilton (Bill Goldberg) and Vostanik Sabatino (Erik Palladino) will have to go to extreme lengths to bring back an old friend. To discover, we’ll have to dig a little deeper. (www.tvacute.com) Here’s all you need to know about Season 14 Episode 11 of NCIS: Los Angeles, including the trailer and release date.

[Jan9, 2023] All Three NCIS Crossover Recap
NCIS: Los Angeles Season 14 Episode 9 Recap “Blood Bank”
When will NCIS: Hawaii Season 2 Episode 10 air? What to Expect??
Are You Ready for NCIS Season 20 Episode 10: What to Expect in ‘NCIS’verse Crossover
What will happen in the NCIS Crossover Event (2023)?
NCIS: LA: What happened to Hetty in Syria? Where is she?

In tonight’s episode titled “Best Seller,” Sam’s longtime friend and best-selling novelist Tom Olsen (David Paul Olsen)will play a pivotal role in a rescue effort. Some lightheartedness and literary jokes might be there, but you can also expect some serious conflict.   Tom, a writer, and former Navy SEAL has appeared in five episodes thus far, but he has become the target of hazardous unknown shooters. Chris O’Donnell, Kilbride, Kensi, and Fatima, who were not there for the entirety of the crossover event, will be given greater screen time going forward. the episode will also likely feature prominent roles for special guests. Check out the full NCIS: Los Angeles season 14 episode 11 synopsis and the promo below for additional information about this episode:

NCIS: Los Angeles Episode 14.11 Synopsis: When Sam’s friend Tom Olsen finds himself being hunted down by enemies from his past, the NCIS team must find out who is after him.
NCIS: Los Angeles Season 14 Episode 11 Cast

NCIS: Los Angeles Season 14 Episodes 11 will release on CBS on January 15, 2023, at 10/9c. It will be available to watch online on CBS’ official website or Paramount+. You can also watch the upcoming episode on iTunes, Vudu, Google Play, YouTube, FuboTV, Amazon Prime (with a Paramount+ subscription), DirecTV, YouTube TV, Hulu + Live TV, Spectrum, and Xfinity’s VOD and Live-TV platforms.