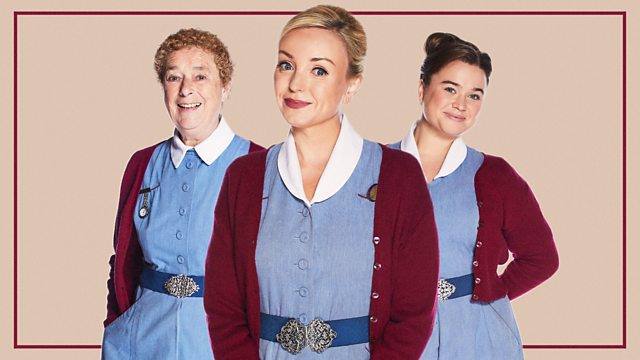 On January 22 at 8:00 p.m. Eastern, BBC One will air Call the Midwife season 12 episode 4 if you live in the UK.
What will happen in Call the Midwife season 12 Episode 4
As we get ready for a very crucial hour of television for a number of different characters, most notably Reggie (Daniel Laurie), there are a lot of things for us to get ready for in the meantime. she has returned from the Glasshouse Village, but he is not acting like the typical version of himself. He has no more energy. Violet and Fred, make an effort to determine what is wrong. It seems to reason that Reggie won’t be the only prominent character in this episode to have a lot going on for them. There is an epidemic, and Nurse Crane ( Linda Bassett) is at the center of a major story because she may have lost some of her confidence in the workplace as a result of a training course. During the time that Nurse Crane’ is responsible for taking care of a young couple Simone and Larry Lucas, who are expecting their second child, she begins to have doubts about her own talents and experiences a crisis of confidence. Nurse Crane is left to deal with the difficulties of a traumatic delivery on her alone.

While all is going on, Trixie is having a great time taking care of Vinita Khatri, who is expecting her third kid. Nevertheless, the emergency declaration of an outbreak of gastroenteritis wreaks havoc on the operations of the maternity home. In order to ensure that all moms and newborn babies recover from the concerning epidemic, the team, which will be accompanied by Sister Monica Joan, will need to dig deep. Sadly, the steps that they have taken have not escaped the notice of the Board of Health, and they have expressed their dissatisfaction with the way that things have been handled.

See the Call the Midwife season 12 episode 4 synopsis below for additional information: On March 19, 2023, Call the Midwife’s 12th season will have its PBS debut. Every Sunday at 8/7c, new episodes will be broadcast. Up until June 6, 2023, every brand-new episode will be accessible for free streaming from the time it airs. Each episode will be available for streaming for PBS Passport subscribers 30 days prior to the broadcast date.

The maternity home is thrown into chaos by an outbreak of gastroenteritis, and Nurse Crane fights to save her career. Meanwhile, Cyril encourages Reggie to seek help.  Writer Lucy Catherine, Director Corin Campbell Hill