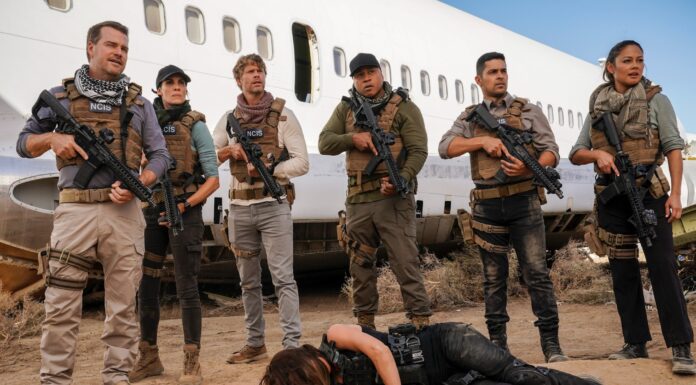 There is a history of fantastic crossover episodes in the NCIS family, which includes NCIS: Los Angeles and NCIS: Hawai’i. The intense drama, the rapid-fire action, and the belly laughs are always multiplied when the teams are brought together for special missions. So, When will the NCIS Crossover Event (2023) air? Get the new release date for NCIS’ First-Ever 3-Way Crossover Event. The first-ever three-way NCIS universe crossover event has finally arrived after all this time. You will now need to hang on just a little bit longer. To discover, we’ll have to dig a little deeper.   (www.tvacute.com) has everything you need to know, NCIS Crossover Event (2023).

On January 9, 2023, NCIS will take over CBS for the three-hour event, and each show will move to a new schedule (and a new night, in the case of LA). NCIS kicks things up at 8/7c, followed by Hawaii, then LA for the finish.

What will happen in the NCIS Crossover Event (2023)?

The loss of a cherished FLETC (Federal Law Enforcement Training Center) professor, who was in Washington, D.C. to honor his life, unites the three teams. Although it appears to be a suicide, his former classmates quickly have suspicions. They discover a strange hitman while looking into his past, and the more they learn about him, the bigger the targets grow to be. When team members are unexpectedly abducted, all of the agents must work together to stop the assassin and save their own.

In the first NCIS episode, “Too Many Cooks,” agents from Washington, D.C., Los Angeles, and Hawai’i find themselves working together to investigate a popular FLETC instructor’s sudden suicide when they are all in D.C. for his retirement party. Chris O’Donnell and LL Cool J from NCIS: Los Angeles and Vanessa Lachey and Noah Mills from NCIS: Hawai’i both make guest appearances.

The following episode of NCIS: Hawai’i is titled “Deep Fake,” and it stars Jane Tennant, Jimmy Palmer (played by Brian Dietzen of NCIS), Sam Hanna (played by LL Cool J of NCIS: Los Angeles), and it is directed by Gary Cole. In this episode, the team is in need of information from the CIA, and Jesse, Ernie, Whistler, and Alden Parker (played by Gary Cole of NCIS Chris O’Donnell from NCIS: Los Angeles also appears as a guest.

In the NCIS: LA episode “A Long Time Coming,” which concludes the show that evening at 10/9c, Agent Rountree and Fatima are hunting for a missing Kilbride when they are ambushed and discover that every member of the team has a $200,000 bounty on their heads thanks to the black web. Gary Cole and Wilmer Valderrama from NCIS and Vanessa Lachey and Yasmine Al-Bustami from NCIS: Hawai’i all made guest appearances.

Three-Hour Crossover of NCIS, NCIS: Hawai’i, and NCIS: Los Angeles will air on January 9 at 8/7c on CBS.